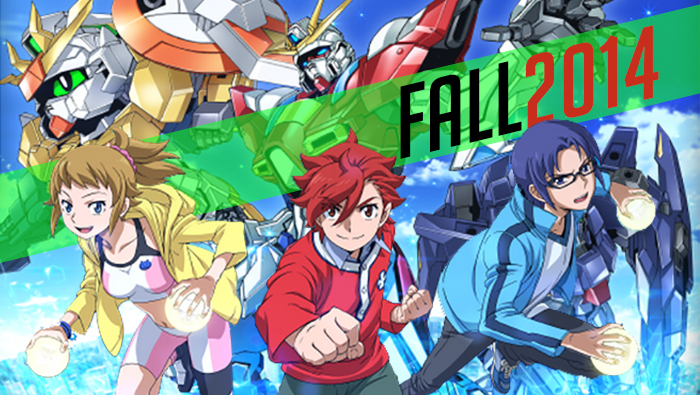 Jel’s a bit busy, and because he hates you almost as much as he loves me, he put me in charge of handling the rest of our preview guide for the upcoming fall system. That means twice as much unfiltered vitriol and more unwarranted music references than you can shake a stick at, but you’ll be glad to hear that even to me, this line-up doesn’t look to be complete rubbish. We have some high-concept fantasy blockbusters in Garo and Rage of Bahamut, a couple of shounen juggernauts in the making, and the glorious return of the best kids’ show that doesn’t involve Tony Stark partying all over the world. There were some noticeable omissions in last week’s preview, so keep in mind that some of these shows will start airing before the ones that appeared in the previous part. Anyway, without further ado, let’s get this party started.

GARO: Mark of the Flame

Yona of the Dawn

Mobile Suit Gunpla 2.22: You Can (Not) Afford All These Gunpla

Keen-eyed readers will have noticed that this is still not all the shows we’ll need to (not) be paying attention to next season, so tune in in a few days for part 3, with Parasyte, Mushi-shi, Psycho-Pass and a bunch of other shows no one cares about.