Time passes and high school is almost over for Tamako and her friends. With her decision to continue working with her family and Mochizou’s decision to attend film school in Tokyo, they’re running out of time to sort out their relationship.

I had a few complaints when I watched the original Tamako Market series but my #1 gripe was the lack of an ending. Mochizou’s feelings for Tamako were particularly tough to overlook as the final episode does all the set up work for a resolution and then leaves you hanging. That was pretty much the only reason my interest was piqued when the movie was announced, and I was even more interested when it was revealed the film would specifically focus on their relationship. I’m happy to say that Tamako Market Love Story delivers on it’s promise with a lovely, wistful film that gives you exactly what you want – almost to a fault.

I can at least say the structure of the film is unique. I was worried Mochizou was going to hijack the movie and become the main character, particularly in the beginning as we see things from his perspective. But rather than making the film about him working up the final bit of courage to say how he feels, the movie is almost equally split down the middle as the plot shifts to Tamako addressing her own feelings. It’s an interesting concept and I think it works. Too often with love stories we only see one side of things depending on whether it’s geared toward a male or female audience, so it’s kind of cool to see someone try and show the complete picture. Props too to how they handle Midori’s crush on Tamako, making it heartbreaking to watch without resorting to friendship threatening melodrama that would steal the spotlight from the main relationship.

It helps too that the movie is visually beautiful, taking advantage of Kyoto Animation’s trademark nuance and subtlety to convey the giddy rush of teenage love. The bright and cheery color palette of the Bunny Mountain Market is often washed out in blues and grays as the couple try to feel each other out, only to explode again on their next breakthrough. ***Mild spoiler warning here*** The most impressive scene to me was Tamako’s initial reaction to discovering Mochizou’s feelings, dashing off into a blurry world of colors, shapes, and sounds where nothing else but that thought exists. There’s no question that KyoAni is still the best when it comes to telling a story in the details, and this movie is further proof. 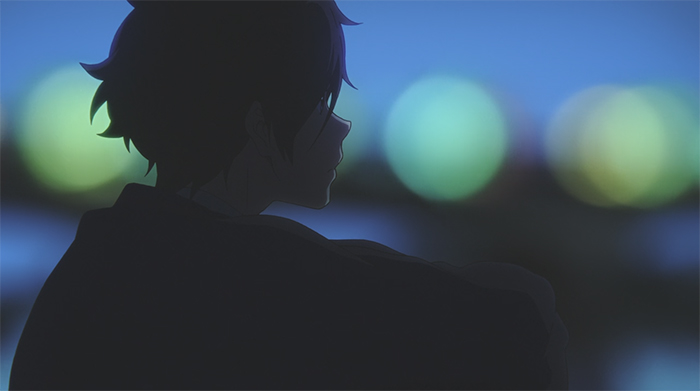 There are few things that do keep Tamako Market Love Story from being a total must-watch success. For one, it feels a little slow. Not Disappearance of Haruhi Suzumiya hour-too-long slow, but certain sections drag. For example, the second half of the movie focuses on Tamako’s feelings and it felt like way too much of that time was spent on her avoiding Mochizou than actually sorting things out. Fortunately there’s not too much wheel-spinning overall, but there are definitely stretches I wanted to move faster.

The other, bigger issue is the final outcome of it all which, without giving too much away, pulls some of the most cliché romance movie nonsense you can possibly imagine. There were certain aspects that were cute like the paper cup phone, but having big, grand moments seemed out of place for a series that has spent so much time celebrating the ordinary. I feel like I would have enjoyed the movie much more if they found a more creative, less predictable way to resolve things. 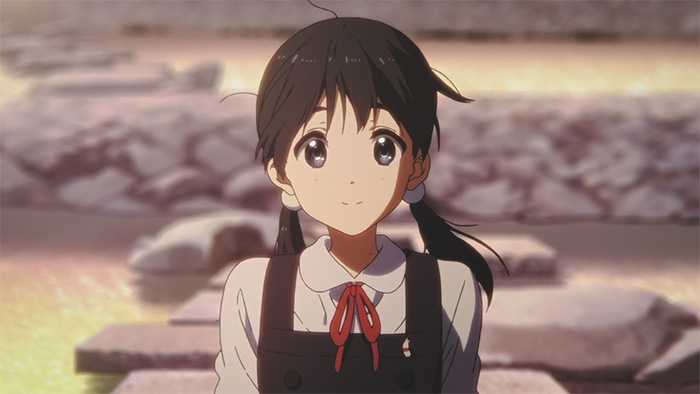 Honestly though, I knew I was going to enjoy this movie the moment Tamako’s father’s song (from the best episode of the series, hands down) kicked in early on. Tamako Market Love Story succeeds at its mission and tells a cute and simple love story about a cute and simple couple. I haven’t been really impressed with KyoAni’s recent work so maybe this isn’t too high of a compliment, but I’m comfortable saying this movie is the best thing they’ve done in two years. It can be a little slow and predictable, but it’s also an appropriately lovely and subtle conclusion to the series.