An old acquaintance of Yukina’s springs the girls out of their confinement. Meanwhile, Thunder Road has a change of heart, and tries to get Chi’s stone back. Amongst this confusion, another bomb is unleashed on the city.

I still don’t get where Yukina fits into this plot. There was some potential that her connection to the autobody painters could add some weight to her character, but all we got from that is the same feeling of her only being there to be a goofy waif. If it becomes a running theme that she’s collapsed everywhere, then maybe it’ll start becoming funny, but it won’t make her plot relevance any less tangential. I wonder if the introduction to the painters was really just there to talk about the writer/giant building mecha pilot that “lived with them.” (By the way are we just supposed to assume Noriko somehow doesn’t make the connection as her father? That was weird.)

Thunder Road obviously wasn’t going to stay such a despicable otaku forever, it just seems like padding for time that she had her change of heart only to conveniently lose the stone. It seems super dumb that it took Thunder Road telling them outright that the stones grant magical powers for the girls to finally get that. I mean, how does Chi think she was doing that magic camera telepathy thing? I suppose these girls have never been the brightest bulbs from the get-go. This episode reinforces that behind all the cheery atmosphere, there definitely is something insidious happening in the background. Not only do we learn that the Black Takumi aren’t adverse to killing people with roller coasters, but they’re perfectly fine with setting bombs out into populated areas. Considering their involvement with weapons of war seems to originate from before the end of the mysterious apocalyptic war, their menace is starting to become very tangible. 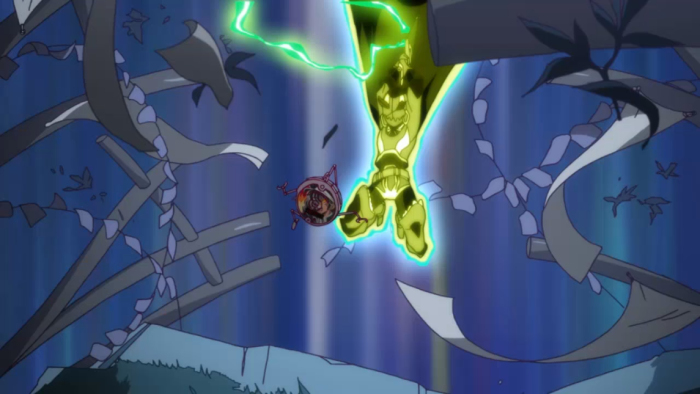 Despite my grumbling about the beginning, the pillow fight scene was pretty cute. The weirdest point it brought up once again was the fact that Chi knows all their childhood names. What’s more, apparently this is not because she used to know them, but because she “just happened to find out”, which seems like the shadiest answer in the world to me. Considering her brusque phone call with her mother, I wonder if she’s really concealing how much she truly knows about the stones. If she is mad with her mother for ignoring her in pursuit of the stones, what does she think going after them herself will solve? She gave her own away, so she’s obviously not trying to keep them from her. Looks like we’ll just have to wait and see.

2 thoughts on “The Rolling Girls Episode 4”