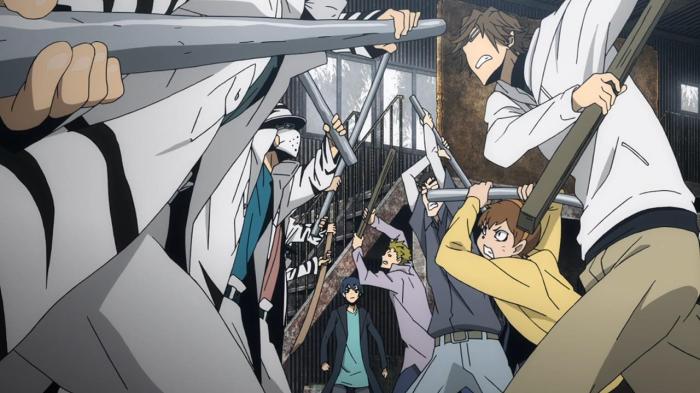 Shizuo’s been framed for beating up some yakuza dudes, which isn’t helped by Akane also being the daughter of a third yakuza group. Combine that with the Toramaru gang waging war on the Dollars, Varona hunting Celty, and Aoba taking advantage of the situation to strongarm Mikado…

This week was one big clusterfuck of clashing priorities and confusing mixups, and one might say that this is when Durarara!! is at its best. Let’s attempt to sort this all out, shall we? 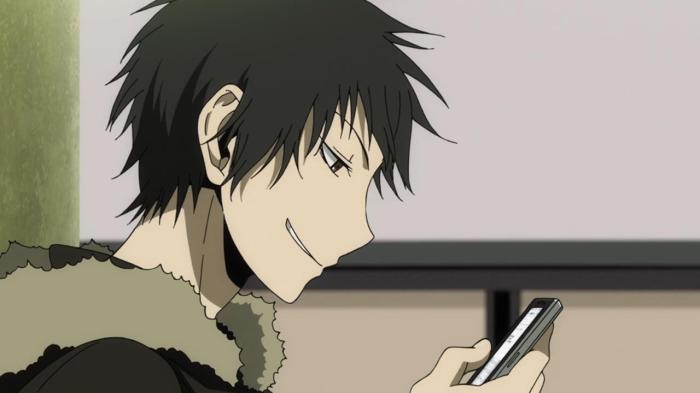 Is that everything? Please tell me that’s everything. I can barely keep track of it in my own head. I suppose the chief thing to take away from all of this is that Izaya’s a massive piece of shit and is once again behind it all. Except for the things that Aoba is behind? Agh, dammit. Baccano! had all of its plots going on at the same time and it wasn’t as hard to follow as this.

At any rate, it’s nice to see DRRR!! back on its feet after the past two weeks; the animation is noticeably better than the past few weeks (by which I mean it’s returned to normal Shuka levels, which still aren’t all that impressive) and as noted, the plot’s returned to the same sort of crazy ruckus that Ryohgo Narita is known for. There are multiple characters running around all wanting different (and sometimes the same) things for different reasons, and all of their paths are set to crash into each other for one hell of a pile-up. 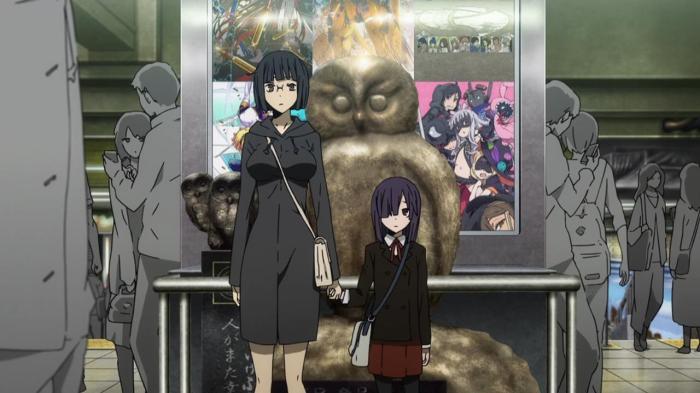