Hello, and welcome to All Your Monies, where The Glorio Blog’s resident toy and figure collecting crew (and Aqua) will run down the last week’s new pre-orders, turning a loving or scathing eye over what’s been put out for you to spend your hard earned cash on. This week we have girls with swords, girls without swords, boys who ARE swords and some sadly non sword related figures.

Jel: WHAT??? Much like the movie it’s supposed to be marketing I refuse to believe this figure actually exists until I see it. That aside it’s a pretty striking figure. You’ve got the bold, blood colored dress, the massive sword, the crazy base design… there’s a lot going on here. I could do without the massive basketball breasts syndrome but other than that it demands attention.

Euri: Wait, we’re actually getting a Heart Under Blade figure and not another donut-laden kid Shinobu? It’s certainly not a bad figure either, but whether you want this on your desk or not is going to depend on how much plastic cleavage you want. It’s a great eye-catcher though, and I’m way into the super saiyan hairstyle, leaning on the sword and half-melted legs. I wouldn’t rule out a future purchase.

Aqua: If you wanna see how grossly disproportionate appendages can ruin an otherwise perfectly fine figure, look no further than Kiss-Shot Areola-Orion Whatserface here. Without the utterly ridiculous boobage going on here, we’d have a pretty swell vampire who’s look like she came straight out of a perfectly respectable gothic demon slaying game. In its current incarnation, however, putting this figure on your shelf will only remind people how far gone off the anime deep end you really have gone. I mean, you still think Kizumonogatari is ever going to be released, after all. 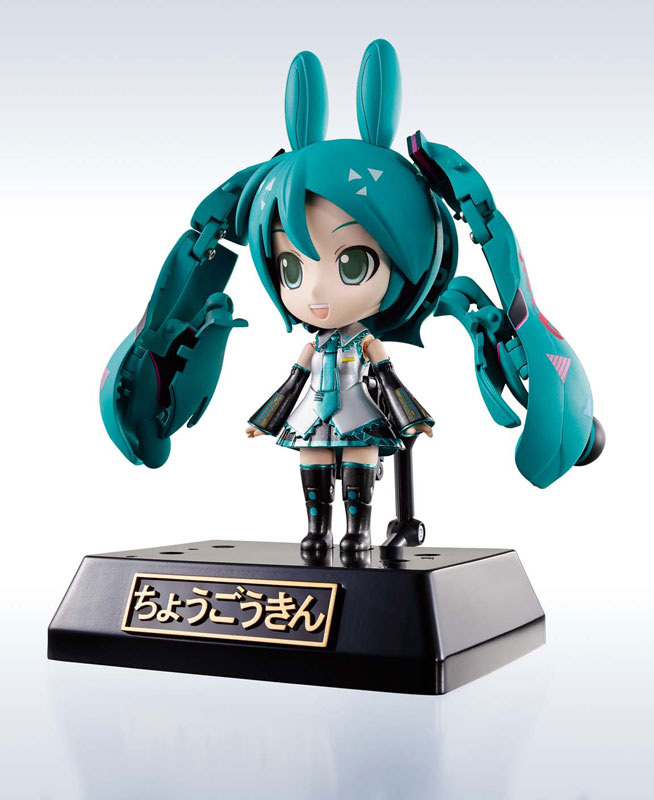 Jel: I’m all for alternate robotic interpretations of Miku, but this looks like a cheap happy meal toy glued on a completely inappropriate base. There are so many joints and seams that I have no idea what her hair is even supposed to be… that is until you see the transformation which is bizarre and impressively thorough. I still wouldn’t spend a dime on it but it is certainly a spectacle to say the least.

Euri: Neat gimmick… that’s about it. That base is awful, I don’t care for whatever that thing she transforms into is, and honestly it’s going to take a lot to get yet another Miku into my flat. Let me know when we get an official Transformers collab going. Or Godzilla.

Aqua: I’m pretty sure I’ve had a nightmare about this exact thing not too long ago. 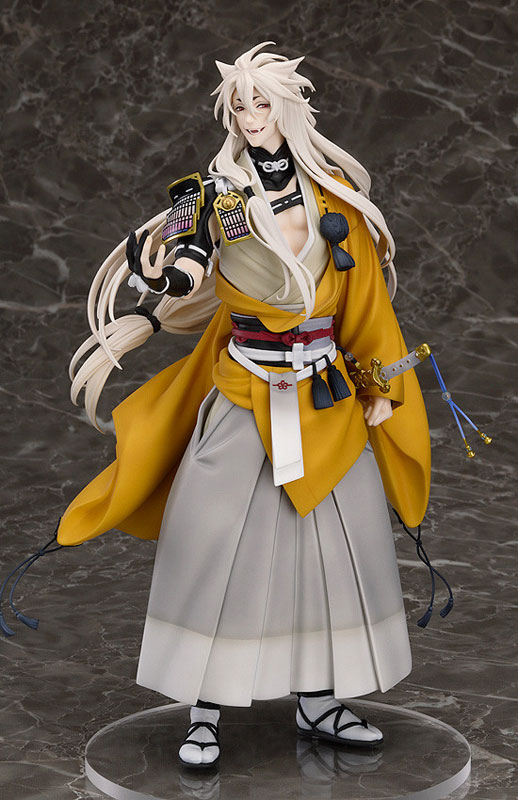 Jel: I wonder how long it will be before we start lamenting the amount of Touken Ranbu figures in AYM. Whether or not it turns out to be the new KanColle remains to be seen, but on its own this is impressive work. All the belts and sashes and tassels are as finely sculpted as you’d expect from Max Factory and I kind of like the pale gray and gold color scheme. My only gripe would be the super boring pose, but it’s pretty great beyond that.

Euri: I’m not digging this figure at all. It’s pretty cool as far as sculpt quality and little intricacies go, but I simply don’t care for it. The pose is boring, the face is bland (and somewhat obscured by his similarly coloured hair) and the outfit screams of being over-designed. Also I don’t know what kind of gravity-altering vortex he’s wandered into, but unless he’s emanating air I don’t understand how those tassels are reacting the way they are.

Aqua: Touken Ranbu is the new hotness, and in case you don’t follow any fujoshi on twitter (I kid), I’ll inform you about the fact that it’s basically KanColle, only with boys who are swords instead of girls who are boats. It’s also vastly superior to KanColle because a) none of the Touken Ranbu guys look like they came straight from junior high to get whatever little clothing they’re wearing blown off and b) at least the Japanese are making light of killing each other over killing the rest of East Asia this time. While I’m not a big fan of Kogitsunemaru’s shit-eating creeper grin, the subdued colour scheme and various tassels make for an impressive figure. We don’t see a lot of pretty boys on All Your Monies, so I, for one, welcome our new sword boy overlords.

Jel: Yet another otherwise cool figure marred by Basketball Boobs Syndrome. I should probably trademark that for as often as it comes up here. There are quite a few other things I do like, such as the giant coat, the helmet, and the eyepatch. I also didn’t notice the sword at first glance, but that looks pretty cool too. Might be worth a look.

Euri: Weirdly enough, I’m totally digging this figure. Sure, the helium boobs and shrinking material around her crotch isn’t exactly my cup of tea, but I dig the bat-skin cape, the boots that kind of might be grafted onto her legs, and even that finger on her left hand that’s not being boring. It grabs your attention, it’s not the same old shit we’ve seen a thousand times over, and it’s not super gross. Bit pricey, though.

Aqua: Yes and no. On one hand, it’s definitely a memorable figure, with the flowing cape, Pickelhaube helmet (anime for once not looking at the Nazis for stylish German military wear to slap onto its villains) and the half-coy-half-murderous pose that really hits home the over-the-top homage to campy toku villains Zvezda Plot is intended to be. On the other hand, less is more is the creed to follow for most anime designs and this lady fails said exam with whatever the opposite of flying colours is. That is not how trousers work.

Jel: How mad will the rest of you be if I say I’m kind of bored with these? It’s not like the Figuarts are the pinnacle of quality either. I like the little gold wings on her shoes though.

Euri: I sure as hell appreciate the sudden influx of Cardcaptor Sakura figures, but you can do a lot better than this. Cheaper figure than usual but I’d argue it’s not cheap enough.

Aqua: The picture is rather self-explanatory here. Anyone can see that Sakura is an adorable pie of cute, but this figure looks cheaper than my jokes.

Jel: For almost two figure in one and the fact that it’s an exclusive, that’s not a bad price. It’s also a more age appropriate pose compared to some of the other figures we’ve seen before. I even like the book base, which is nice added detail. It’s a pretty nice rendition, have fun trying to track her down.

Euri: Hey, another good figure! If you love yourself some Dark Magician Girl and have money to throw away, you can do a lot worse than this. I’m not even sure which of the two is cuter, so stick it on your coffee table, stare at it for a while and get back to me on that.

Aqua: Your childhood waifu is back, and she brought a little friend. I would’ve preferred if the chibi version of Dark Magician Girl came separately though, because right now it breaks up the composition more than anything. Bummer. Nevertheless, the character remains cute as ever, and the book makes for a unique base. Kudos to Amakuni for the tasteful pose — Yu-Gi-Oh! is and remains a kids’ show, after all — though that pricing is gonna make it pretty hard for any actual kids to get their hands on this. Bummer again.