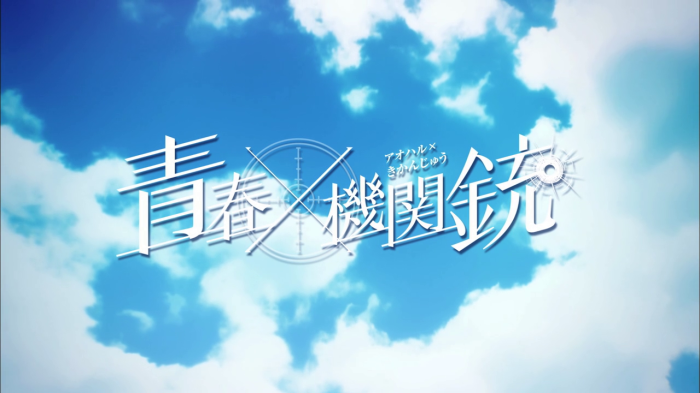 Hotaru Tachibana is the Student Council President and all around tough guy, purveyor of justice, and tendency to pick fights. Well, except she’s a girl who often gets confused for a guy due to her dress and demeanor. When she moves in next door to a male host/airsoft enthusiast, her life takes an unexpected turn.

Gee’s verdict: Not Cleared for Action

As resident, “Anime about hapless girls ending up in the airsoft club” expert, I can confidently say Blue Spring x Machine Gun is not one of the best I’ve seen in this strangely common niche subgenre. There’s nothing about it or its characters that really grab me in the same way as C3-Bu’s sheer madness or Sabagebu’s surprisingly good comedy. The majority of the jokes came down to the premise that being a good host also makes you ridiculously good at airsoft. Also that everyone mistakes Hotaru for a guy. While there’s certainly something to be said about pretty boys playing airsoft instead of cute girls, I’m not sure there’s enough of anything to carry it through. “Not Crazy Enough” seems to be a running theme for me this season – I’m looking at you, Chaos Dragon – as the totally bonkers premise of this show made me think it should have been, well, totally bonkers. It very easily could have been Ouran Survival Host Club but there were no sparkles and even less charm from the main characters. The show has a problem establishing any tone at all really, waffling between trying to be cool and trying to be funny and not succeeding at either one. I can’t believe I’m saying this, but maybe things will get better when the porn manga artist shows up and they have an actual battle next week? Blue Spring x Machine Gun is just barely watchable enough that it might be worth finding out, but it’s too middle of the road for me to spend any more time on it.