Genos, a lone cyborg, arrives on the scene pursuing a monster created by the House of Evolution. After seeing Saitama’s power, Genos becomes our hero’s disciple right before they’re ambushed by yet more animal creatures.

And with the appearance of Genos, we begin the loop that makes up the bulk of One-Punch Man: various heroes get to strut their stuff for a while until they get thrashed by the new villain, at which point Saitama arrives to save the day. Not to say every fight is like that, as seen when the House of Evolution monsters show up, but you’ll see what I mean by the end of the show. Since Saitama himself is invincible, all of the drama has to come from the rest of the cast being battered and broken as they desperately battle the monster-of-the-week, while our hero takes his sweet time getting to the battlefield.

So far, the anime has done a solid job of adapting the manga, particularly the jokes. In the manga, Genos’ backstory is presented as just a sheer wall of text, a time-based gag that only works in print form. The anime handles this remarkably well by having his massive monologue (including the dramatic piano BGM) gradually speed up to comedic levels. There’s a great sense of comedic timing, which is hard to find in anime nowadays. Considering director Shingo Natsume also worked on Space Dandy, it makes quite a bit of sense that some of that would bleed into this.

Anyway, this is the type of show where every week is going to end with me saying, “Yeah, that was cool, but wait until next week!”, so… look forward to the coming few episodes, I guess? I’m basically only here to see if Madhouse can keep it up. 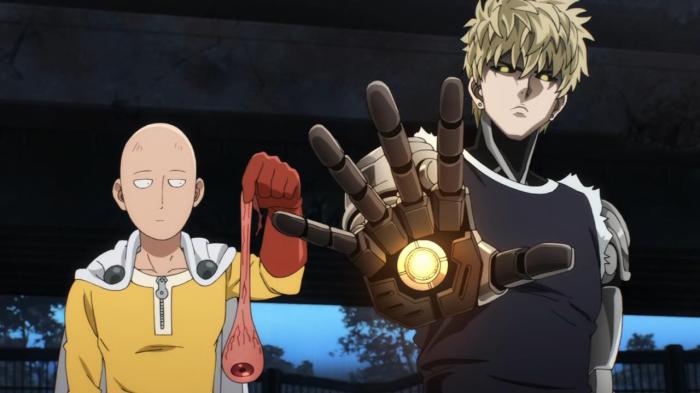