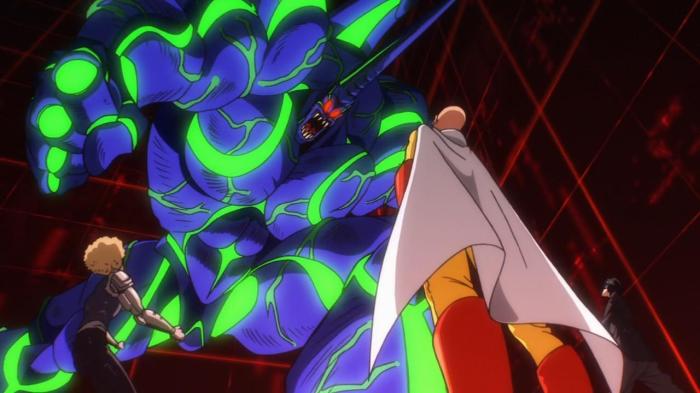 Our heroes infiltrate the House of Evolution and battle its greatest threat: Carnage Kabuto.

Not many shows speak for themselves as well as One-Punch Man. I assume if you’re reading this, you’ve already seen the episode, right? I don’t want to just recap it, since that’s just a waste of everyone’s time. On the other hand, my reactions tend towards, “Yep, that was cool like the manga,” and Madhouse has been pumping in enough cash that the anime does indeed hold up favorably to its source (so far).

That said, whoever was in charge of animating Carnage Kabuto deserves a heap of props. The monster’s just so wonderfully… well, animated, making incredible facial expressions and gesticulating all over the place, all bolstered by Unsho Ishizuka’s (aka Joseph “OH MY GOD” Joestar) deliciously hammy voice work. The decision to give his Carnage Mode a purple-and-green color scheme in homage to Evangelion Unit-01 was also a fun choice, as was the switch from a plain white background to a psychedelic blood red during his rampage. This adaptation has a great sense of style overall, and I’m quite enjoying seeing how the anime staff interprets each conflict. 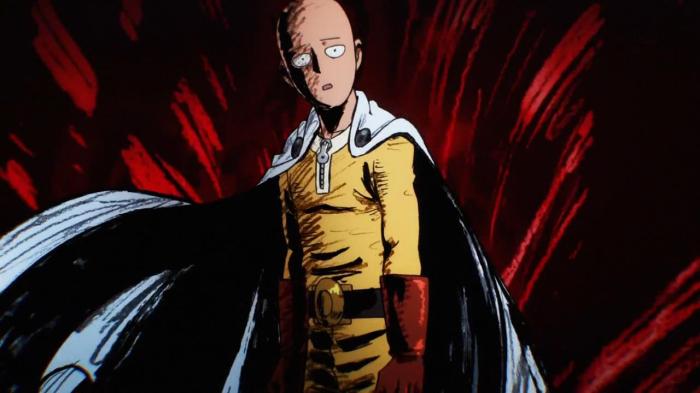