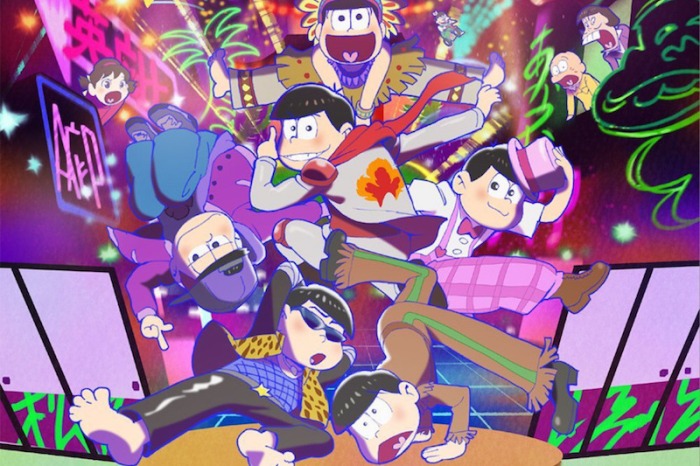 I saw snow when I looked out of my bedroom window this morning, so winter feels far from over. Nevertheless, we’re well past halfway into the Winter anime season, which means it’s time for us to select our favourite anime songs of the current season. Better check them out before they get thrown off YouTube, because with the a lack of a clear victor, this season’s lineup is a diverse haul of new talents and old friends ready to boost you all the way back to 2004. Or 1986. Or 1928. Seriously, are Asian Kung-Fu Generation still a thing?

Ringo Sheena is sort of a big deal, so when news hit she’d be penning Megumi Hayashibara’s theme song for Showa Genroku Rakugo Shinjuu, I could already see which song I’d be picking for this season’s OP/ED Op-Eds. And boy, did she deliver. This catchy acid jazz track invokes the controlled chaos of her comeback album Sanmon Gossip, yet it’s Hayashibara’s voice that sets it apart from Sheena’s other work. In case you didn’t know already judging from her five different versions of “Fly Me to the Moon” for Evangelion, Hayashibara’s sweet, sensual voice gets along pretty well with vocal jazz, giving “Usura Koori Shinjuu” a dreamlike retro charm to go with its futuristic arrangement.

This was a tough choice as I was leaning toward the silly dancing of Dimension W and Dagashi Kashi or the artsy presentation of the Erased ED (which would have given me a reason to mention one of my all time favorite EDs since it’s the same director – oh look, I just did!). In the end I had to go with the song that manages to drill itself into my head the most and generally brings me the most joy. I also need to make up for not shouting out the first OP last season which is technically even better than this one, but hey, in my book it’s tough to compete with Marina Inoue. *AHEM* so even without all that context this is a great OP. I love that both opening songs vaguely invoke the style of a traditional shouwa era pop song, just updated with modern idol group vocals. The visuals are great too, setting the proper colorful, bizarre tone for the rest of the show. It also has Jyushimatsu crashing into the screen, so good times all around.

As Jel just mentioned, this ED was directed by Masashi Ishihama, who was all the series and ED2 director for From the New World, and it bears a lot of his trademarks – striking silhouetted figures, strong colour palettes and repeating motifs. The end result is an ending animation that’s gorgeously abstract but nevertheless conveys the underlying sense of mystery and threat that show itself is so effective at layering on. It’s only helped by Sayuri’s magnificent vocal work, which is power and plaintive in a way which both communicates the essential sadness of ERASED‘s tale, but also embodies the strength that lies at the heart of it.

To be honest, there’s a lot of great OPs and EDs this season (BBK/BRNK, Gundam, and ERASED come to mind), but I figured nobody else would pick this one. Akino’s booming voice means her OPs are usually winners, even when the show isn’t (see also: the wildly popular Aquarion opening), and this is no exception to that rule. Plus, it’s got sound effects in it, which is always fun! Seriously, we ought to see that more often.

Out of the three or four shows I’m watching this season, I think there’s a case that can be made for almost all of the OPs and EDs. Iron Blooded Orphans has a rocking, catchy OP that’s right up my alley, and the ED does a great job of helping you reflect on all the awful things happening to Tekkadan (though certainly not as well as the first half’s ED). In all honesty Erased has to win with its powerful ED and my positive bias towards Asian Kung-Fu Generation, but I know that others at Glorio love that song too, so instead I’ll pick the song that ended up being the biggest surprise. More often that not, OPs, EDs and insert songs that feature members of the voice cast end up being absolute trash, and I’d assumed this would apply to season two’s opening given that the previous OP’s in the original season were pretty unremarkable. For a song sung by four voice actors, it does a pretty phenomenal job at introducing the show, and I have to praise the unison during the chorus in particular for ensuring this song wasn’t as throwaway. It’s definitely not one I’ll be skipping through, that’s for sure.

Back at the start of this season I probably would have gone with Dimension W’s OP for my vote, mostly because even though the song is pretty so-so, I love me some dance moves in my anime opening sequences. Honestly though, my enthusiasm for even that has waned along with the show, so I’m going to have to go with the OP for ERASED instead. I only vaguely liked the song initially, but it’s really grown on me over the last few weeks; the beat is actually way catchier than I first thought, and Asian Kung-Fu Generation’s vocals are just different enough from the J-pop/rock norm to stand out. Giving newcomers a bit of exposure by featuring them in anime is nice (heck, I might never have discovered the likes of Kalafina if it wasn’t for this), but Asian Kung-Fu Generation has been around since the mid-90s, and their experience shows – Re:Re isn’t only catchy but also a polished and very competent track. It’s good to hear a song that’s on the faster-paced and more upbeat side for ERASED as well, which is already plenty melancholy all on its own. I don’t think the feel of Re:Re: is an ill fit for the series though, especially since the lyrics are such a perfect fit. The accompanying visuals meanwhile, despite being nothing spectacular on their own, are still rather charming and do a fine job of showcasing some of the themes of the series without giving too much away.

Oh, and honourable mention to Ajin, the best show that nobody’s watching. I like Flumpool a lot, and the heavier rock sound really suits them. Stylish visuals, too.

Did your favourite make the cut? Did we overlook a massive hit? Why didn’t anyone pick the Sekko Boys ending theme? Make sure to let us know in the comments!