After a re-imagining of Osomatsu-san‘s first episode, we’re excited to reveal the first episode of the long-awaited Sayonara, Zetsubou-Sensei prequel.

Artemis’ verdict: The Spin-Off Nobody Asked For

First off, the fact that Handa-kun is advertised as being connected in any way to Barakamon, even peripherally, already does this show a huge disservice. Barakamon was a great show (not because of Handa but because of Naru and friends), so why would you want to invite automatic comparisons like that? Besides, take away the MC’s name and the two have exactly nothing in common.

I’m ready to judge this show pretty harshly myself, but not because it has zero to do with its (kind of) source material. No, the biggest problem with the premiere of Handa-kun is that it spent nearly half the episode indulging itself in a fourth wall-breaking joke that was only mildly entertaining in the first few seconds. I don’t mind wacky, absurdist, or even just plain dumb humour, but even the best of jokes will wear thin after a while and this one just kept right on going. If Handa-kun intends to keep that one around – and I have to assume it will from the (admittedly amusing) OP – then the whole series is gonna get old fast. 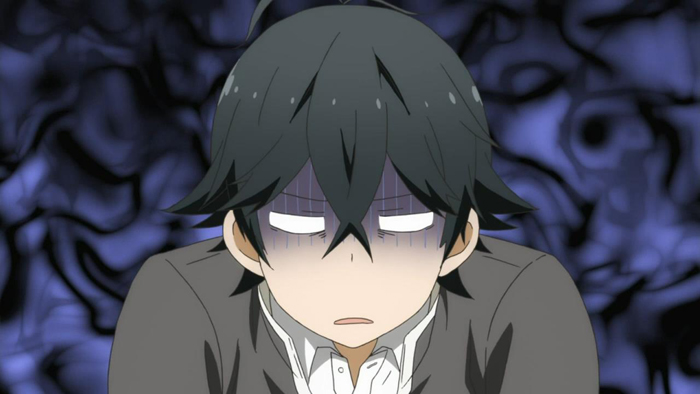 The remainder of the material had a far better sense of timing and for the most part was actually alright. I caught myself smiling a number of times, particularly at the one-sided interactions between a totally oblivious Handa and his poor teachers. The issue is that while it worked for one episode, it’s still just a one-note joke that repeats itself over and over, and I can’t see myself watching an entire show based solely on that. If this is all Handa-kun has up its sleeve, then I can see myself dropping it pretty quickly.

This is probably the first time I’ve ever had to pause an anime to double check that I was watching the correct show. We’ve known for a while that this was a Barakamon spin-off, and while the characters in the opening certainly seemed to be talking about Handa, nothing else matched up. It was only the passing mention of calligraphy that led me to believe this was the correct show, and this goes on for almost half of the first episode. Who are these guys? Why should I care? Where the hell is Naru? 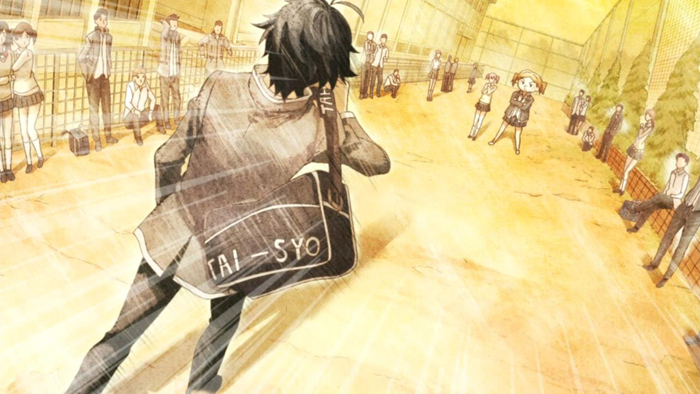 It settles down into the show I was expecting in the first place after the OP, but what a bizarre way to start a show. The joke wasn’t all that funny, and I can’t help but feel like it would have landed better in the second episode, not least because they missed the airing of episode one, but because it sets them up to miss episode two. But really, who cares! I’m sure there would come a point where these characters would mean something, but it just felt like padding. Padding, in episode one!

Rant aside, I quite enjoyed the chunk of episode that actually had Handa in it. It was good fun, had me laughing in spots and made me interested enough in watching the next episode. I just have two questions: why waste the front half of the episode if your core content is good, and why does this need to be a Barakamon spin-off? Using Handa just sets up false expectations of what this show is, and the content so far seems like it’d stand up well enough on its own.