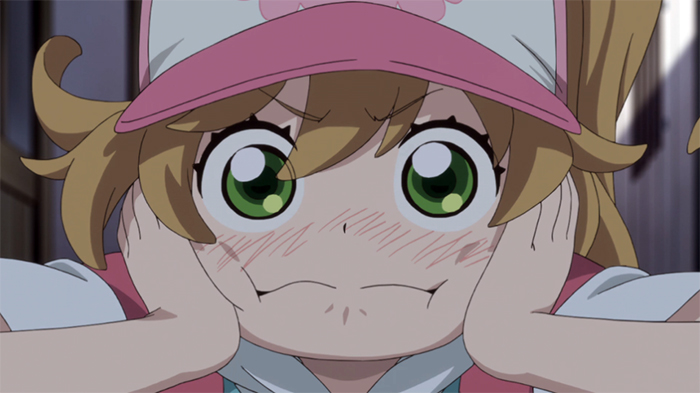 Believe it or not, we’re already at the midpoint of the Summer season and our Roundup shows are in peak form. Sweetness and Lightning and Amanchu continue to bring happiness to the world, Art Club comes dangerously close to making me angry but pulls through, and 91 Days will make me hesitate the next time I eat lasagna.

Jel: This was easily the best episode of Sweetness and Lightning yet. It was a very weird mixture of emotions. On the one hand, it was adorable to get inside Tsumugi’s brain for a bit and see her little adventure from her perspective. On the other, there was the adult horror of understanding how dangerous it would be for a child that young to be wandering around by herself. It helped that Kouhei’s reaction and Tsumugi’s ensuing tantrum were appropriately realistic, giving the big climax of the episode a real hard emotional punch. Of course the ending turned out saccharine sweet as always and I do wonder if Kotori was poking her nose in their business a bit too much, regardless of how good her intentions were. Even so, this was definitely the show at its best.

Artemis: After a week’s break for the recap episode (which I was away for anyway and didn’t watch), Cheer Boys is back strong with a whole bunch of brand new characters who, thankfully, we probably won’t be seeing individual episodes for. There’s enough in this episode that we already get a decent sense of their personalities and physical role they’ll be playing on the team, and that’s okay for me – I’m happy for them to be kept as side/background characters, leaving our main guys with the same or similar amounts of screentime as in previous episodes. If there’s one major weakness with Cheer Boys other than the clear lack of budget, it’s the fact that it doesn’t seem to be able to pull off its comedy that well. Or rather, the majority of humorous moments outside of the natural team camaraderie and everyday hijinks feel completely unnecessary to begin with. Why are Haru and Kazuma/the entire cheerleading team being shadowed by an oddly-behaving (and oddly-drawn) Chinese student again? I don’t care about his Chinese-ness, but I do care that he’s seemingly being used as nothing more than random comic relief – and since his character fails even at that, I’m struggling to think why the show bothered to include him in the first place. 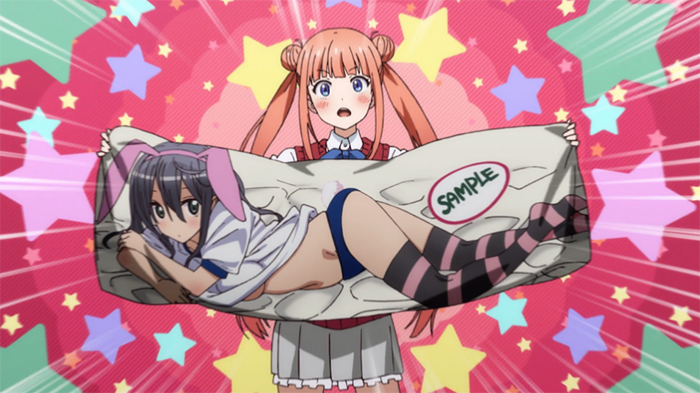 Art Club – It’s not as bad it looks, promise!

Jel: I rolled my eyes pretty hard when the hot transfer student turned out to be oh so conveniently into manga and anime and yet she turns out to be a pretty good foil to Mizuki. As hard as it was to hear her spout her chuunibyou nonsense, she’s kind of like Uchimaki in that she seems to be pretty reasonable otherwise. I have to wonder how she’ll fit with the rest of the group as the club had a pretty good chemistry going so far and they can only play up Mizuki’s jealously for so many episodes. I’m pretty sure her interactions with Collette will be comedy gold, so I’m looking forward to that. So once again, this dumb Art Club show has managed to turn out pretty good despite the odds being against.

Jel: This is stating the obvious, but this episode more than ever we need to acknowledge the diving club has the best teacher. The way she has read and responded to Teko’s insecurities has been brilliant, and her pep talk about being OK with not having your own ambitions was one of the most meaningful things I’ve heard in an anime. Even after Teko’s bombshell at the end she stayed positive and calmly moved on to the next step she needed. Combine that with everyone else cheering Teko on and Amanchu is giving Sweetness and Lightning tough competition for the Feel Good anime of the year.

Amanchu – The teacher also has my favorite silly face

Jel: Despite some of the campiness from Fango and Orco, the storytelling in 91 Days continues to be rock solid. At least we won’t have to deal with Orco’s cartoon villain antics anymore? If I were nitpicking I’d also harp on the fact that the plan to kill him was so obviously a trap and I’m still not sure what they did to fake shooting Nero but none of that really matters. The important thing is I am loving the relationship between our two main characters. They’re bad dudes with a heart of… OK they’re just bad dudes but they work really well together. You have to wonder if Avilo really likes Nero or if he’s just a good actor or if he’s just as crazy as Fango and doesn’t know how he really feels. It’s also been seeing how even little things like Corteo’s high quality liquor have had long term consequences, so no doubt offing Orco is going to have all kinds of consequences for the boys. I am totally ready to find out what happens next.

Artemis: This week’s Orange hit me square in the feels, serving to remind me once again that despite its occasional missteps, there’s a good reason why it’s my top pick of the season. The emotional climax of the episode, with Kakeru basically cornered into admitting his feelings of guilt and self-loathing over the death of his mother, could have easily felt cheap and overdramatic in any other situation. Thanks to the steady build-up and solid characterisation though, both in this episode as well as over the course of the series, the scene instead felt incredibly genuine and therefore genuinely moving. Meanwhile, if Suwa wasn’t anyone’s favourite character before then he certainly should be now; he not only forced Kakeru to confront and release his pain but also provided the comfort and reassurance that Kakeru so obviously needed – to say nothing of finally getting Kakeru and Naho to communicate more openly. That said, Suwa himself is no open book. I definitely get the impression he knows a lot more than he’s letting on, which in turn helps bring the mystery of the letters a little more to the forefront of the story.