Alternative titles: Uchoten Kazoku
Novel (not a Light Novel for once, just thought I’d emphasize that) adaptation by P.A. Works
Streaming on Crunchyroll

Time has passed. Benten has gone on a mysterious journey while life returns to normal for the Shimogamo family. Everything seems to be going smoothly until one day the Nidaime, Professor Akadama’ estranged son, returns to Kyoto. With a fight between two powerful Tengu looming, things are about to change in  the sleepy city. Have no idea what I’m talking about? Watch the first season.

The Eccentric Family was one of my favorite anime of 2013. The show was absolutely fantastic, and I already gushed about it in our season preview, so I’ll just refer you to that for a recap. They really don’t waste much time reestablishing the main characters and moving on to the conflict that will undoubtedly define the season. There’s a lot of mystery around the old pervy Professor, so it will be interesting to see what exactly this old beef between him and his son really was. It would also be nice to see more of the yakuza-like politics that rules Tengu, since it was mostly ignored last season in favor of the more democratic Tanuki. I do admit I’m really going to miss Benten. I doubt she’ll be absent for the whole season, but the impression she gave at the beginning of season one was a big factor in keeping me interested in the show. It does seem that we will be getting more development with Yasaburo’s brothers, which might balance out some of the things we lose without Benten. 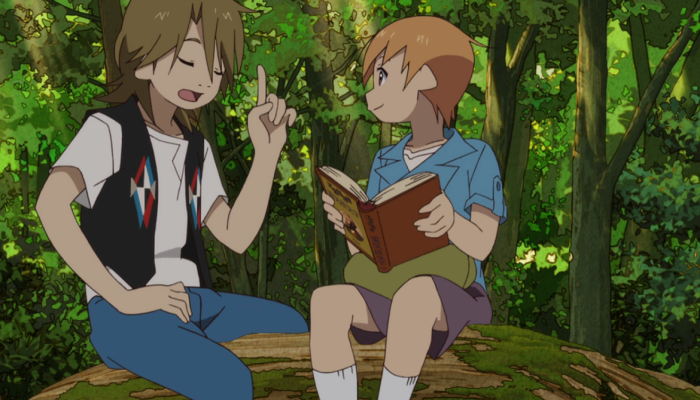 The greatest praise I can give for this show is that it always manages to feel like a complete world. There’s some rational reasons why the supernatural creatures find themselves hidden in human society, and how their different groups interact is fascinating and funny. I really appreciate the joke that everyone other than Yasaburo is super skeptical of the Tsuchinoko’s existence despite the fact that they themselves are supernatural creatures. There were a lot of romantic plotthreads left hanging after the end of last season, so I hope this search will be an allusion to his own parent’s backstory. 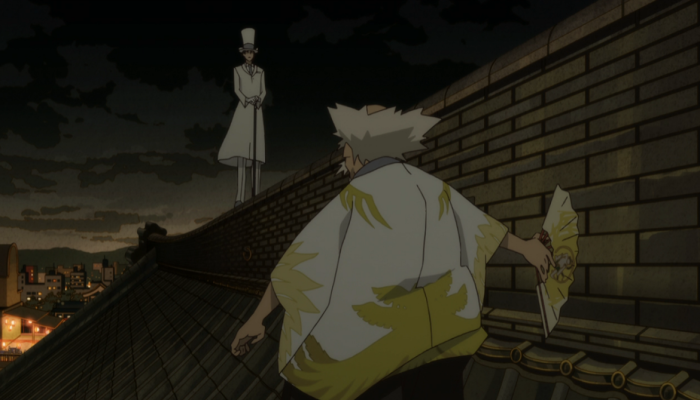 Artemis’ verdict: My Kind of Sequel

This series took a while to grow on me back when I was first watching, but by the end I found myself fully invested and enjoying the hell out of it. There was just something about the energy of the piece that really appealed to me – a seemingly laid-back yet at the same time incredibly colourful work, with a unique brand of comedy which mixed strangely well with the literal life-and-death family drama. Despite Benten’s current absence, I feel that same energy with season 2, so I think it’s a safe bet that fans of the show will be getting exactly what they want regardless of how the actual story pans out. After all, Yoshihara Masayuki is back in the director’s chair and clearly knows what he’s doing, and that soundtrack is still as cool as I remember, so it’s basically just like old times. I’m more than happy to sit back, relax, and allow Eccentric Family to be its stylishly entertaining self while somehow giving the impression that it’s not trying too hard.

One thought on “First Look: The Eccentric Family 2”