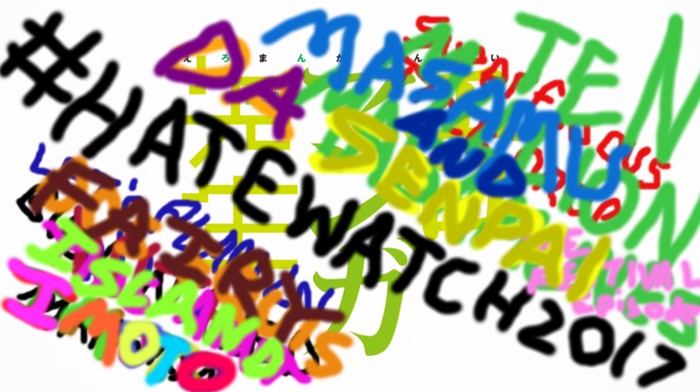 I’m not going to waste my time on going into detail this week. The animators clearly didn’t give a flying frock why should I? We have the same problem as last week, except even more pathetic because this girl has no character. Seriously, I know that’s an easy accusation to make about this show, but even for a member of the gaggle of paltry waifs we’ve been shown so far Muramasa is so one dimensional she can’t conceive anyone else’s life outside Masamune. I’m glad we’re nearing the end of the season, I think I’m really running out of outrage to muster.

Aristotle spends a lot of time talking about what happiness truly is. Reading a tween make a fanfic out of his own story is not it. I could copy and paste everything I said last week about how these character episodes are pointless, but I’m even more disgusted with this week’s episode than last. Muramasa is apparently a talented writer seeing as she’s sold way more than any of the others, and yet her ENTIRE WILL TO LIVE is tied to reading Masamune’s trash that no one else appreciates. It’s pathetic to see her practically reduced to a dog begging for scraps as he writes his little side stories for her.

It makes the big climactic scene feel all the more patronizing. Sure Muramasa is convinced to continue writing, but is it truly because she realized she really loves it? Nope, it’s still all about Masamune, giving her fans in the audience something to cling to and continuing to jerk off the author. It’s disrespectful to the character, to the audience, to women in general…. all around pretty gross. Even if you just want to watch a dumb comedy with cute anime girls, you deserver better, please don’t watch this.