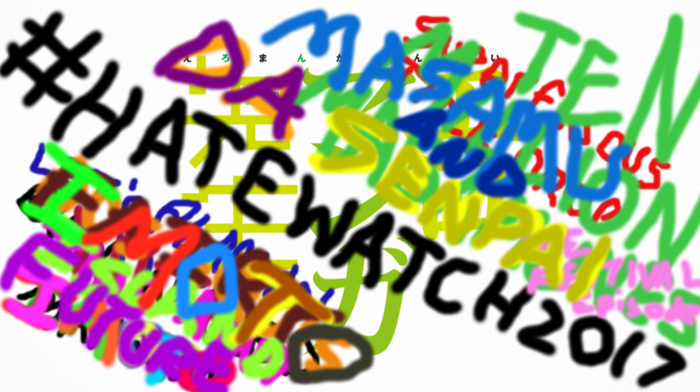 This show is like a work of art, except the art uses fecal matter as a medium. It’s so masterfully crafted a terrible experience that we’ve hit every point you could possibly imagine. Infuriating? Check. Disgusting? Check. Insulting? Check. Hackneyed? Check. Boring? Checks for days after the last two weeks. Now, we’ve entered the final stage: Illegal? Like, honestly I’m pretty sure it actually is. This was so distasteful that I just don’t understand how this came about. I mean, I get that Fushimi is a complete degenerate, but even I just can’t imagine his book goes “and then as 7 year old Sagiri was getting out of the shower, she checked her phone for a text.” It’s so lacking in any kind of justification that I have to believe some kind of pedophilic collusion by the members of this studio. 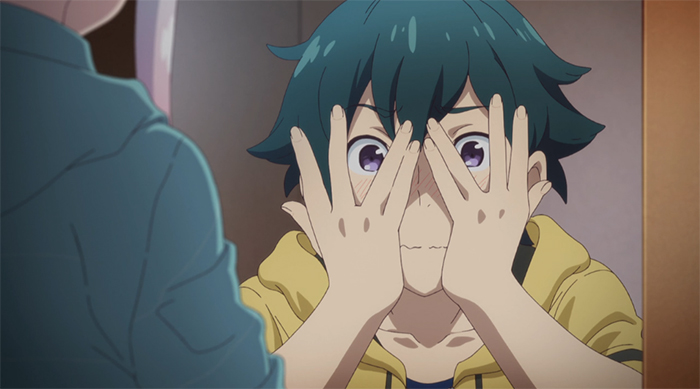 To put the nail in the terrible coffin, we find out we’re in some bizarro timeline where the Kousakas didn’t make out and alienate all their friends and loved ones so they can shill Izumi’s novel. Actually, does that make this the best Oreimo timeline? Is this the monkeys paw that results from such a wish? If stopping incest means acquiescing to this self-fellating nightmare, I might actually just leave the incest. The most powerful lesson that Eromanga has taught me is that there is indeed a fate worse than death, and I’ve been living it weekly for the (not )better part of three months.

Plato believed that by seeing a large variety of beautiful things one would be able to better understand the true Form of Beauty, an essence that contains the common thing that makes objects and concepts beautiful. I think I have finally come to know the true Form of Ugliness. It’s a movie theatre running this show on repeat. For eternity.

Also the pedophilia was so bad in this episode that I’m pretty sure even Socrates would have had a problem with it.

I ask myself every week how can this show possibly get worse and if you guessed “straight up child pornography” and “a gratuitous cameo from the Oreimo crew”, you win. Or in this case lose. We all lose.

Technically ogling Sagiri every week always qualifies for the first complaint, but flashing back to when she was seven made me physically ill. Aside from unnecessary shots like her coming out of the bath, isn’t constantly messaging a little girl basically a pedophile’s dream? Furthermore, what terrible mother lets her SEVEN YEAR OLD daughter skip school and then enable her to get in that position in the first place, followed by teaching her how to draw sexy naked women? It’s supposed to be cute and funny but that’s just child abuse. I have zero tolerance for this kind of thing. 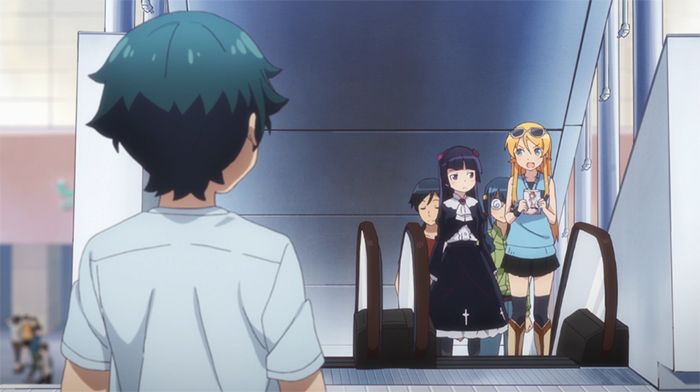 Then we get to the inevitable Oreimo cameo, which honestly I should have predicted sooner. This author is completely devoid of creativity so it was only a matter of time before he’d fall back on his previous work, not to mention using his old characters as a way to continue affirming how great he is. I haven’t even gotten to how stupid and predictable the coincidence of Masamune and Sagiri’s original meeting is, and we’re supposed to find this all heartwarming? Please stop.