In the distant future, the world is occupied by gemstone-based girls, who must battle evil invaders from the moon who wish to use them as jewelry. Phosphophyllite, the youngest of the gems, desperately wants to be a warrior but instead is assigned the task of compiling an encyclopedia.

I desperately wanted to like this, because it’s just so damn weird and out there it’s hard not to be fascinated with it. It’s the kind of bonkers idea that you’d only really find coming out of Japan, and there’s a bunch of fascinating concepts at play here, such as the idea of the gem girls shattering and being rebuilt, or the incredibly striking Indian-esque moon invaders and their creepy gem lust. There’s some great background work too, with lovely landscapes and colours. It’s too bad then that this first episode is weighed down by incredibly sluggish, clichéd dialogue (despite the best efforts from the excellent voice cast) and an overall lack of energy and inspiration. Despite the wonderful background work, I also think the CGI character animation is flat and ugly, particularly the translucent hair effect which just makes everyone look like a first year student CG modelling class. It doesn’t help that all the girls share the same stick-thin bootyshorted body model either. Overall, I can’t say I really enjoyed this first episode that much, but there’s definitely the makings of something interesting here. Perhaps I’ll give it another go. 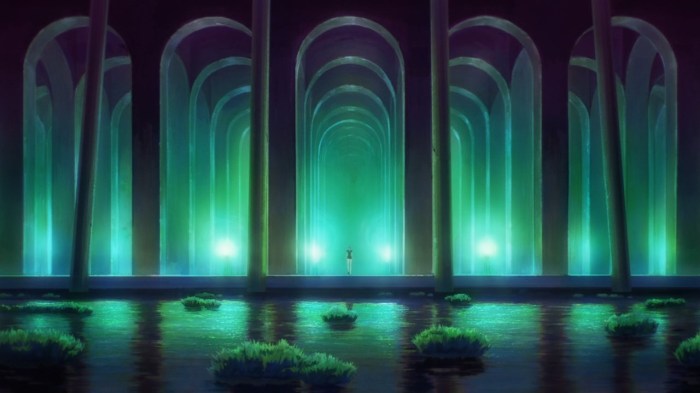 This feels like a third of a good show. There are a number of cool ideas on display, but it’s hard for it all to gel together when the other two-thirds are so lackluster. The presentation alternates between working decently – there’s actual character acting, facial expressions, and gesticulation; some solid directing as well – and working poorly, with Cinnabar’s liquid powers looking like extra-spicy nacho cheese. All of the Gem Girls being the exact same model with only swapped heads also doesn’t help the show’s case, nor does having the environs be the same dull stone halls and blank grass fields, or the plot seeming to be a classic not-quite-yuri setup. I just can’t help but wonder what it’d be like if all of the plot concepts were put together with a setting and characters that had some more bite to them.

4 thoughts on “First Look: Land of the Lustrous”