We ask for more anime about adults, and this is what we get. The monkey’s paw is real.

This episode falls more on the self-indulgent novelist side of the masturbation spectrum Eromanga made for itself. Clearly we are meant to see how amazing it is to be a novelist and be able to travel to locals for no apparent reason. I think this episode honestly shows one of the biggest problems with modern society: A general lack of accountability to anyone but the self. We’ve been so conditioned for so long to only look out for #1, why should we be surprised when some jagoff twenty-something thinks it’s perfectly reasonable to drop all his responsibilities and go on two vacations in a row.

It’s absolutely infuriating that they keep implying some weird baggage between Itsuki and his family and yet don’t bring up any concrete details. From the way his little sister talks about it, it’s as if they want him to be home. I would have bought it way more that they disowned this creepy loser for lusting after his own sister and making money while doing it. Who wouldn’t be ashamed of someone like that? This can’t be kept hanging for too long, since there seems to be no other logical way to progress this story (not that the show has felt it needed one before now). I shudder to say this, but this episode was boring, and I would take another hatefest like last week compared to the snorefest of seeing the same three Okinawan locals every anime that goes there has.

This show’s animation budget is garbage btw, they can’t even make their set pieces look nice.

First and foremost, a 23 year old man should not be taking business trips with 16 year olds, even if they work in the same industry. What’s more inexcusable is the idea that Itsuki would let that 16 year old just stay behind to do his own research. The kid isn’t even old enough to vote! What makes him think its okay to just let him stay behind when it’s been abundantly clear he doesn’t know the lay of the land and seems to have little common sense? Absolutely baffling.

Secondly, Itsuki’s decisions to just fly off to random locals shows that he has very little in the way of prudence and temperance. Prudence is another virtue, basically meaning the knowledge of the right thing to do. It’s seen as the mean between ignorance, willfully choosing to not know the right thing to do, and cunning, using knowledge of the right thing to do in order to exploit others. Any prudent person would understand that you shouldn’t make trips based off of complete whims. His lack of temperance leads to his ability to even think up these dumb ideas, his lack of prudence allows him to act on them. Aristotle says that any action not done rationally is really not a human choice, but more akin to the one animals make. Considering how little he thinks about anything, it would be fair to say he acts almost wholly on instinct like a dog. Granted, at least dogs usually instinctively know they shouldn’t have sex with their sisters. 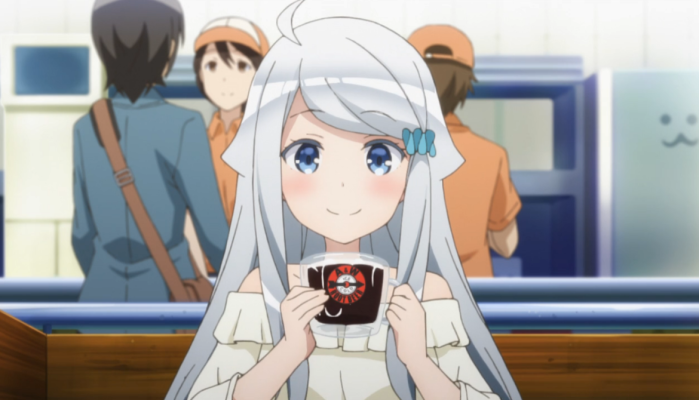 Was this worth selling your soul, A&W? This is your reminder that novels like this get an anime and yet we still haven’t gotten another season of Spice and Wolf.

​We did get a scene with a whale shark deciding he wanted to have sex with his little sister who for some reason is human, which actually wasn’t a bad joke. Itsuki seeing that as a “realistic” scenario based on his experiences reinforces how much I hate him so if that was the goal, mission accomplished. It’s also ironic that an author that clearly doesn’t understand human interaction is making fun of the character he wrote that does not understand human interaction. So maybe the joke is really on the author? Or is it on me and Marlin for continuing to watch this trash? You decide.