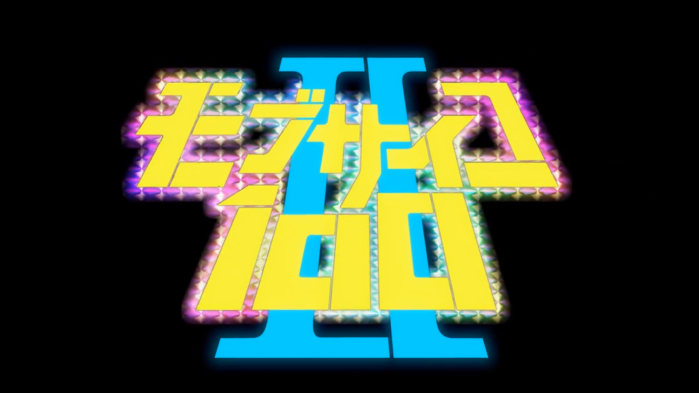 After defeating the members of Claw, Mob goes back to his normal high school life. When the newspaper girl Mezato eggs him into running for student council president, Mob finds his own way to realize growth in his life. I always hated these levels of Arkham Asylum.

I think it’s no small exaggeration that this was the show to look out for coming into the new season. A tested product and former #6 of the year winner, Mob Psycho 100 has a lot of things going for it. And yet, Mob manages to break my expectations again. Warming us up with the kind of kinetic fight scene Bones has become famous for, Mob Psycho 100 goes for the late title card, breaking a banger of a psychedelic and flashy OP on us and… then slows things down completely. But this isn’t really a disappointment, I’ve always come to Mob Psycho 100 for the fights and stayed for its touching take on a kind young man trying to grow into himself, with a splash of well written slapstick to keep things from getting overly serious.

We made a prediction that the good shows would be good and the bad shows would be bad, well in that case mob is a comfort in these days of shield heroes and female child predators. The big thing to look out for from this point is how the show will integrate back the other major players into the story. Sure, we get plenty of Reigen, but Ritsu is only on screen for a flash, and Teruki is nowhere to be found, while Dimple gets relegated to a short, if funny, scene winding us down from the highs of Mob’s growing confidence through his interactions with Emi. Sure, the OP may be misleading, but it seems like we have a lot more esper shenanigans to go, and a lot of really cool battle sequences to accompany them. One hasn’t failed us yet with his work. I’ll trust that he has something great planned for us, so just sit back and enjoy the ride. Behold the Power of Photoshop Filters!

Mob Psycho 100 was probably this season’s safest bet and its still managed to impress. Mob Psycho 100 quickly reminds us why when Bones is running on all cylinders, they’re one of the most talented studios in the industry, kicking things off with a stylish fight that is both their way of saying, “don’t worry, we got this” while simultaneously daring the rest of the industry to even try to step up to them. Follow that up with what is undeniably this season’s strongest OP sequence and all said and done, Bones couldn’t have left a better first impression.

Not content to rest on the laurels of its stunning first 8 minutes, Mob Psycho 100’s season 2 debut also reminds us all that beyond the show’s visual spectacle, it also contains a genuinely compelling story about Mob’s personal growth. The rest of the episode focuses on the slower moments that give the anime the sense of earnestness and slapstick that is sometimes lost in its more famous brother, One Punch Man. At its core, Mob Psycho 100 is the story of a young man with overwhelming power trying his best to not be defined by those powers, yet simultaneously learning to come to terms with them as a central tenet of his being. The Emi subplot does an excellent job of reestablishing that core aspect of the story in a way that is both undeniably amusing and heartwarming It’s a perfect 22 minutes encapsulation of everything that made the first season so special. So rest assured people, Mob Psycho 100 continues to be in good hands.