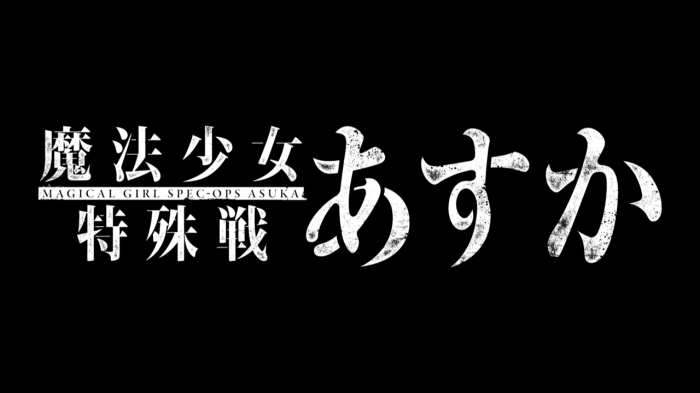 Asuka Otori is the former leader of the Magical Five, a squad of magical girls who saved the world from a supernatural menace. Having left that life behind, she struggles to fit into peacetime. But when a new threat appears to endanger the world, she may be forced to once again take up arms to protect humanity.

This might be the trashiest anime I’ve watched in a while…and yet I found myself genuinely entertained by it. It might be that I once drew a similar take on the idea, or that modern military things are kind of my brand of bullshit, but Magical Girl Spec-Ops Asuka revels in its trashiness so much you almost have to give it credit. It’s edgy and stupid in the sort of inoffensive way that thankfully makes you laugh more than cringe. When your main character is a conventionally attractive anime magical girl spouting lines that are indistinguishable from Solid Snake while cutting a bloody swath through a bunch of generic terrorists, you either have to give yourself up to it or get out entirely. At least for now, I’m choosing the former.

There honestly isn’t much else to say about the anime. There’s some pretty jarring CG in the crowd shots but otherwise it’s acceptable on a technical level. The story and characters themselves are nothing to write home about, but it leans into its specific gimmick in a way you just don’t see that often. Even if the anime takes itself completely seriously, you can’t help but laugh at its audacity. I wouldn’t say Magical Girl Spec-Ops Asuka is good, but if you’re like me and in the mood for some anime junk food tailor made to your love of modern military aesthetics and gun porn, it might be worth a look.

This is a good concept with average execution at best. At least from what I’m seeing in the first episode and projecting for the rest of the series, I don’t think they’re fulling taking advantage of the premise. I mean, I don’t really want another dark and gritty deconstruction of Magical Girl shows, but why even bother bringing them up if you’re not going to toy with genre conventions a bit? The Magical Girl angle just seems like an excuse to give the girls super powers, which they could have obtained in any number of ways. And the guns just seem to be there for an extra layer of EDGE. Add that all up and the show doesn’t seem very interesting.

I guess the action is mildly entertaining, although I personally don’t enjoy watching extreme violence. There are buckets of blood and severed limbs and that doesn’t do anything for me. Your mileage may vary. Beyond that, I don’t think there’s much else going on here. Probably best to go watch something else.​

This show is total pulpy trash – I actually enjoyed the first episode a fair bit – but I spent most of the runtime laughing at the show and not with it. The setup is a fun one, but the show seems to be taking itself so damn seriously that I feel like any fun I had is going to be completely drained out by another twenty minutes. I mean, come on, magical girls being hardened soldiers and mercenaries is an inherently silly concept, right? If Magical Girl Spec-Ops Asuka can’t get some proper goof by the next episode, I don’t see myself watching.​