Takezou Kurata is the only member of the koto club remaining after the rest graduates, and some bullies have taken to using the club room as their hangout. With a new school year starting, all he wants is for them to disappear so he can recruit some new members.

Euri’s verdict: The koto has a beautiful sound, probably

Kurata, the protagonist of this show, is currently the sole-member of the koto club. We learn that he comes to enjoy playing the instrument after he hears his former clubmates play. Even though he’s a quiet kid, he would even stand up to bullies that threaten to damage one of them. His love for the koto, along with a promise made to past members of the club, are what keep him invested in the instrument. The other character we see a lot of in this episode is Kudou, a kid who found himself in a lot of trouble in the past, but who learned to appreciate the koto because his late grandfather used to make them. His grandfather also founded the koto club that Kurata is now de-facto president of. This is a show about schoolkids who enjoy playing the koto.

I apologise if that all seems rather robotic, but I feel it needs to be iterated for a simple reason; not once in this entire episode do we get to hear a koto being played. 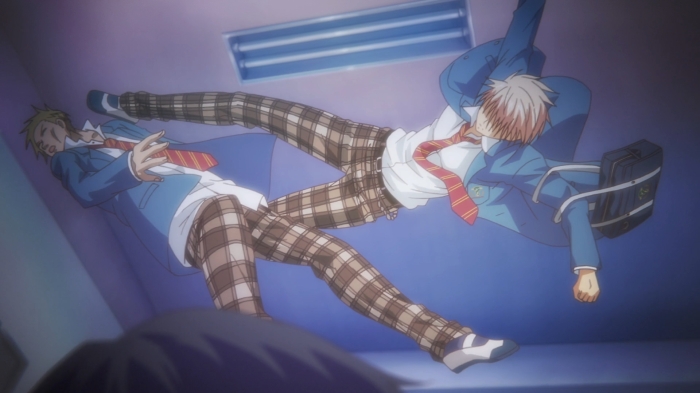 When the opening theme started, I noted that it was a strange decision not to feature the instrument. Like, sure, there’s probably some music deal in place already. Aoi Shouta is riding high off the back of Pop Team Epic, gotta put that music somewhere. Not ideal, but it is what is. We then proceed through the episode itself, where many situations arise where there are opportunities to hear it being played, including an actual performance. Heck, it’s literally the performance that makes our protagonist join the koto club, so there’s really no excuse not to hear it play. And, as you already know, there’s no koto to hear in the ending music either.

Now, this aside, it’s not like Sounds of Life is some offensively bad show. It goes above and beyond the usual set-up for an anime that focuses on a particular school club, and opts to mostly sidestep humour in favour of a more dramatic approach. Both Kurata and Kudou have been through some grief to get to where they are, and go through more in the opening episode, and these story beats aren’t bad. The few comical moments it does have stick out like a sore thumb, as they contrast the serious tone of the episode in a way that I don’t think quite works, but it’s not ruining the show either. I’m sure that in a few episodes time, and with a few more club members thrown in, these moments will feel less out of place. 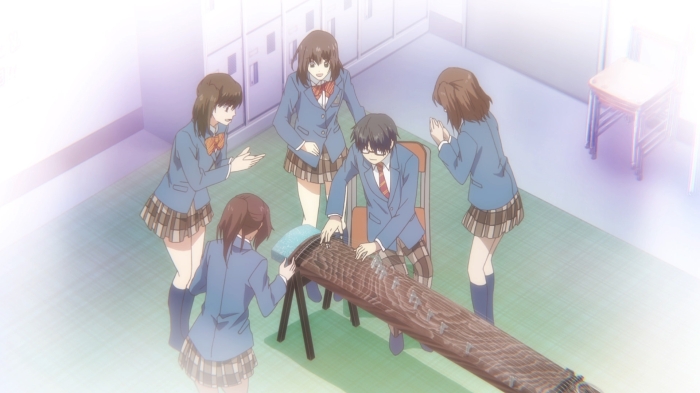 The lack of koto music is not in itself what concerns me – it’s that the show decides to skip it in favour of landing these story beats. I get that it’s tough to fit everything you want into a first episode in a way that will get people coming back for another, and including some drama to stand out over your usual moeblob school club anime is, broadly, a good move. But this is a show about the koto, and we’re skipping over a performance that the show itself has told us was incredibly important. It’s a baffling omission when it concerns what you have to assume is this show’s unique selling point.

I’m sure this show will be fine, and I’ve certainly seen some excitement from those who have seen the manga in anticipation of what’s to come. But the show, in episode one at least, appears to have some problems with what it’s prioritising.