For Kazusa Onodera and the other girls in her high school book discussion group, a particularly racy passage in the novel of the month sparks awkwardness, discovery and a whole lot of hilarity.

Few anime writers have a body of work more diverse, more easily recognizable and more contentious than Mari Okada. Often derided for her earlier work’s overt reliance on hackneyed melodrama and themes of unrequited love, she spent some time as the punch line of many a self-proclaimed anime connaisseur‘s joke. Nevertheless, it’s distinctively tough to scan her bibliography and find a work that didn’t make some kind of impact on you in some way, shape or form. Though Anohana and Kiznaiver are the two shows one would probably think of first when discussing Okada’s legacy, she was also responsible for a number of excellent adaptations (Toradora, Wandering Son) and some utterly bizarre outliers like Aquarion EVOL, CANAAN or the vastly underrated Black Rock Shooter. An underrated part of her immense body of work, however, warrants re-evaluation upon the release of O Maidens in your Savage Season, an adaptation of an ongoing manga Okada launched with artist Nao Emoto back in 2016. Seemingly right under everyone’s noses, Okada has penned a surprisingly solid series of stories throughout her career, depicting unique, female perspectives on classic literary themes like family (Hanasaku Iroha), parenthood and mortality (Maquia) and gender relations (Hisone and Masotan) with a unique sense of empathy and surprisingly pointed wit. These works consistently rank amongst her very best, and it seems like all of Okada’s strengths as a writer have now coalesced into what could be her most charming work to date. 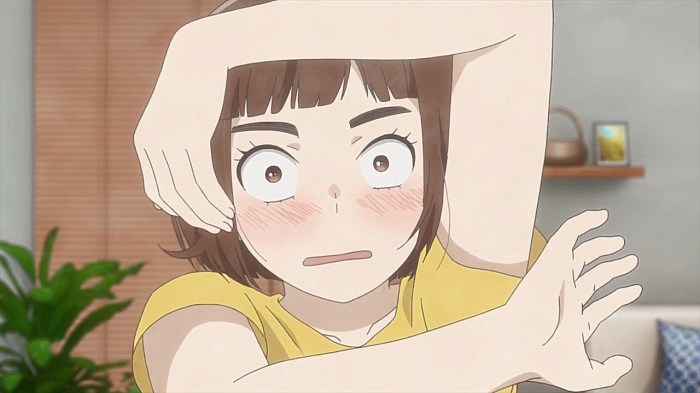 O Maidens in your Savage Season tackles perhaps the most classic of all classic literary themes — sex — even using it as such with a knowing nod and wink as the accidental confrontation with an R-rated scene in an unspecified novel gets a lot of gears turning in the heads of its instantly likeable cast. There’s the obnoxiously prudish Sonezaki, who shudders at the mere mention at the three-letter word; the inquisitive Hongou, whose own stubborn attempts at producing “mature” literature result in the kind of cringe comedy rarely seen in anime; and of course our protagonist Kazusa, a chronic overthinker who breaks down into hilarious hysterics when she finds out that her beloved childhood friend — gasp! — watches porn. A great many anime are sexual, but very few are actually about sex and almost none of those tackle the subject with any kind of maturity. Okada’s penchant for writing sympathetic character and lifelike dialogue really shines through here, and provides the frankness with which O Maidens in your Savage Season treats its subject matter with an added helping of human warmth. Where most other shows would skirt around addressing the topic directly while otherwise oozing sexuality from every proverbial pore, this one does the exact opposite — discussing the hormonal anxieties of puberty outright without toeing the lines anime dealing with sex usually leap right across.

While a lot of O Maidens in your Savage Season‘s charm can be attributed to Okada’s clever script and a strong translation, the directorial flair longtime collaborator Masahiro Andou and newcomer Takurou Tsukada bring to the table injects Nao Emoto’s manga art with a kinetic charm reminiscent of Love Lab or A Place Further Than the Universe. One throwaway visual gag involving a train even gets turned into an elaborate sequence that arguably plays Okada’s penchant for sweeping pathos for gags — it’s hard to take her signature emotional breakdowns seriously anymore after you’ve seen Kazusa completely losing her marbles over the fact that cucumbers look like dicks. It begs the question if comedy is all O Maidens in your Savage Season is out to provide, or if the patented and all the less interesting Okada melodrama will be raising its ugly head at some point. While I’ll refrain from revealing any manga spoilers — you can check out our season preview podcast for those — the ways in which this story gets messy-with-a-capital-M are myriad, though I do not think it loses any of its initial charm in the process. This ultimately leaves O Maidens in your Savage Season in a unique position — entirely unlike its creator’s prior efforts, yet nevertheless uniquely flawed in a way only a Mari Okada work could ever be. The question is: would you have it any other way?

I almost forgot to put this one on my to-watch list – I suspect because, back when I was checking out the summer anime titles a few weeks back, I saw the name Mari Okada and mentally crossed it right off. I only remembered it was airing again when I chanced to read the premise on another site and decided that it sounded interesting enough to risk. And I’m glad I did – while Maidens treads a pretty fine line between ‘refreshingly direct’ and ‘no, most high school girls in Japan just don’t talk like this to/about their peers’, I love a good coming-of-age story, and this one hopefully won’t be written as overly melodramatic or fetishized. I’ll readily admit that the premiere made a fairly strong impression on me; the cast seems nicely varied, the subject matter approached with an equal sense of sensitivity and humour, and the visuals charming enough to evoke a few past, not-quite-your-typical-high-school-peeps anime such as A Place Further than the Universe and Just Because. In fact, although I still have some reservations, I’d say Maidens is my favourite new season title thus far, and I’m very much looking forward to seeing where it goes from here.