Genius mechanic Appare and beleaguered samurai Kosame find themselves shipwrecked and penniless in Los Angeles, California. They decide to participate in the Trans-America Wild Race Big Boss Grand Prix in a custom made steam car to win the $10,000 grand prize and buy their way back to Japan.

This is probably the show this season that I most want to like, but high expectations might just be setting it up to fail. Offbrand Wacky Races tend to be some of my favorite comedy filler episodes in other shows (Carnival Phantasm, Mr. Osomatsu, Pokemon, Teen Titans, Space Dandy), and even with the flagrant racial stereotypes, I think there’s a lot of potential for a goofy gonzo 19th-century America romp. What happens in Vegas? Chicago? The Great Plains? I understand the need for the first episode or two to ease us into the main plot, but there’s a serious lack of verve going on. The jokes don’t always land, Appare is kind of a wet blanket, and I caught myself trying to rationalize that “once the race starts, it’ll get better”; I certainly hope it does.

Every few seasons, there’s an anime that immediately communicates a very specific kind of sensibility that lands with the Glorio audience. It’s hard to objectively quantify, a sort of aesthetic je nais se quois. It’s a mix of visual novelty and confident swagger in the way it carries itself. Granbelm, Double Decker, and Id-Invaded to name a few. It doesn’t really tie to a specific genre or creator, but more a personality and energy. Appare-Ranman! has all the makings of that anime this season, but with its debut episode, it remains to be seen if it can truly be that anime for us. If you ask me, the wacky race episode is second only to the baseball episode for best type of anime filler. Indeed, some of the best anime in history have essentially revolved around a giant race full of strange and memorable weirdos. Hell, they once made an entire feature length movie based on the premise called Redline, and it’s one of the greatest anime movies ever made.

That said, Appare-Ranman! feels like it’s getting some necessary exposition and setup out of the way in its first episode. We’re teased the race itself, before winding back the clock to how our heroes ended up in such a predicament. It’s a solid enough setup, but I have to admit it isn’t as compelling as I hoped. Appare himself is a lot less over the top than I expected, less Doc Brown, more disaffected anime genius, which I might add, is my least favorite anime archetype. Still, there’s a lot to like about the first few minutes of Appare-Ranman! that it teases us with. If the anime itself still ends up focusing largely on the race once these necessities are taken care of, I hope things will certainly pick up speed. 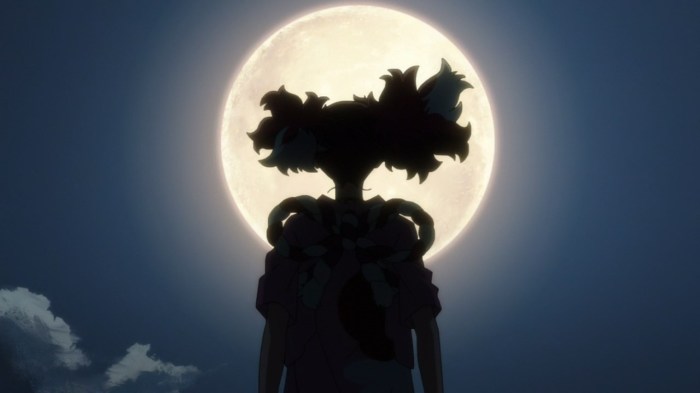 Artemis’ verdict: Where Do I Even Start?

This felt like I was watching some kind of anime version of Death Race, if that movie was actually a comedy and set in the age of steam engines instead of a sci-fi dystopia. Guys, get ready for a Japanese interpretation of nineteenth-century America that I guarantee you’ve never seen before – one that has absolutely zero interest in historical accuracy of any kind and is full (and I do mean full) of incredibly over-the-top and anachronistic cultural stereotypes. Your mileage may vary as to whether these stereotypes are just plain dumb and weird (hopefully intentionally so), or whether they’re outright offensive, especially if you happen to be of Chinese or Native American descent. Either way, it sure is a rollicking first episode, and I’d advise everyone to approach it more from a fantastical angle that’s heavily inspired by nineteenth-century America – an ultimately fictional universe rather than any kind of attempt at realism, or even surrealism for that matter.

For the sake of fairness, I’ll add that Appare-Ranman! clearly isn’t in the business of taking itself too seriously. It also has a decent sense of comedic timing. Sure, the jokes themselves are neither especially original nor uproariously funny, but they do manage to land more often than not anyway, simply because the beats are on point. Plus, for anyone interested in the production side of things, the show looks pretty darn nice – the colors are bright and crisp, the animation is fluid, and if you get nothing else from this title, it’s at least fun to look at. Is it actually good? Possibly not, but so far, it’s interesting enough to warrant another couple of episodes from me.