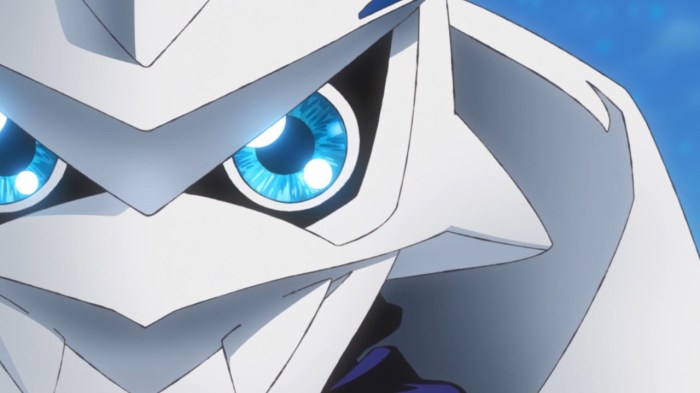 Tai confronts the mysterious other boy who has shown up in the Digital World, and Izzy discovers that the American military has been overtaken by the corruption

Adventure continues its breakneck pace with this episode, escalating from train delays to a potential nuclear strike in the space of 22 breathless minutes. It’s certainly not boring, that’s for sure, and yet I couldn’t help being a little uneasy about how rapidly the show is unspooling plot, with scant regard for anything but action. 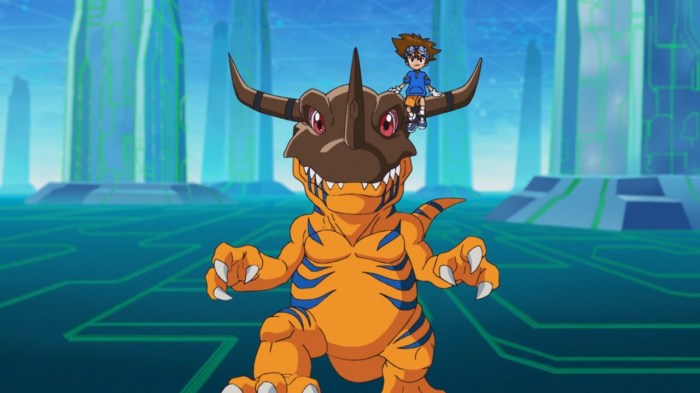 Let’s address the elephant in the room first – this episode is very clearly set up as a pseudo-remake of the Mamoru Hosoda directed Our War Game! OVA from 2000, generally agreed as one of the high points of the original Adventure continuity. That immediately puts  the new show at an unfair disadvantage, and I really think it would have been wiser to let it grow it’s own identity before tying so closely to a beloved piece of Digimon history.

It’s also not a great candidate to place at the beginning of the show because the original Our War Game only involved a very small number of the Digidestined in the main plot. In the First Look post I expressed concern that this new adaptation ran the risk of becoming the Taichi and Yamato show and this episode didn’t really do much to assuage my worries, putting the two front and centre with only a minor assist from Koushiro and basically no presence at all from the rest of the cast. 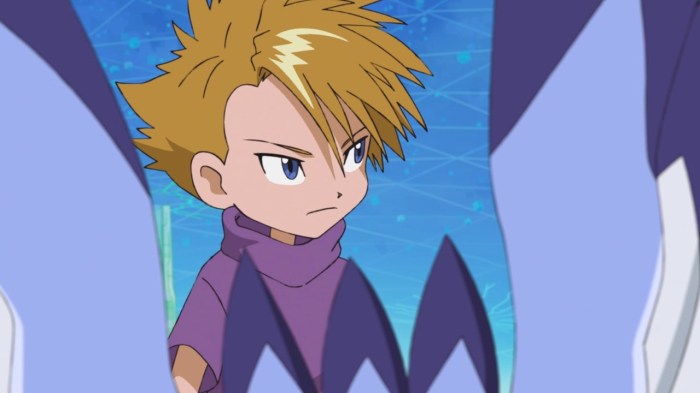 Even Yamato himself is short-changed by this decision – though this is his full debut, we don’t actually learn much about his character, beyond the fact that he fits into the standard brooding loner stereotype. He and Tai fall into a fighting partnership far too easily and the result is we spend the entire episode in their company but learn almost nothing about them. I loved the original Adventure for its slow, character focused storytelling so I really hope we get some more meaty moments with the cast after this initial arc runs through, since they’re feeling pretty flimsy at the moment.

With that said, while this episode is basically all action it’s pretty rad action. Adventure 2020 continues to bring some really impressive animation to the table and many of the cuts in this installment are bursting with energy and movement, along with a keen directorial eye and a notable absence of recycled footage. The monster design is nicely freaky (if unsubtly inspired by the existing Diaboromon) and the team up attacks between Greymon and Garurumon are extremely slick and convey the appropriate bombast. 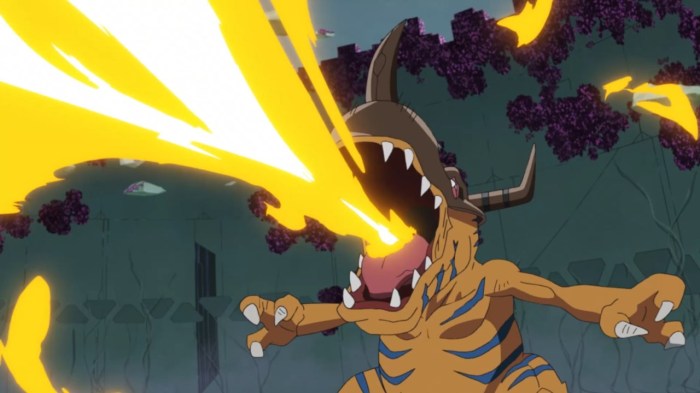 Oh yeah and Omegamon shows up. That’s definitely a surprise, but I can’t say I’m a big fan of it. Having your ultimate fusion form show up in the second episode with no buildup whatsoever seems like a very bad choice to me, but I’ll give them the benefit of the doubt and see where it takes us. Hopefully not just to an ‘Omegamon Burst Mode’ showing up in the final episode, but hey, it’s a kids show, you’ve always got to be prepared for that. Overall I don’t think this episode moved the needle for me either way – I still very much want to like the show, but it’s going to have to show me some substance behind the flash before I can give it my full affection.