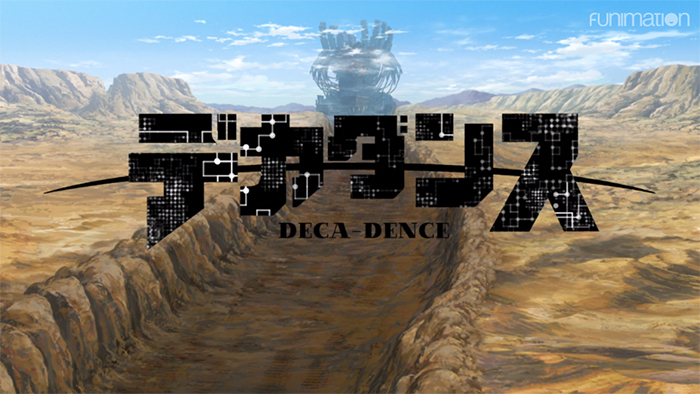 Facing extinction at the hands (claws?) of the Gadoll, mankind has found safety inside the mobile fortress called “Deca-Dence”. A young girl named Natsume is locked into a career of maintaining the ship, but her true desire is to be a solider fighting the Gadoll. 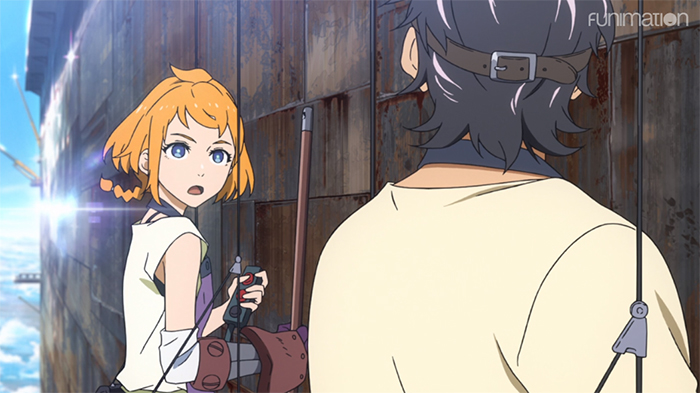 There are a lot of borrowed parts from other anime in Deca-Dence. We have the plucky protagonist and tired mentor, the mobile fortress protecting mankind, the exact same combat gear as Attack on Titan… the list goes on and on. Rather than feel stale though, the first episode was like a delicious anime casserole with all the ingredients working well together. By the end you are rooting for Natsume, cheering at the Deca-Dence’s ultimate attack, and there is a little hint of mystery to keep you guessing what will happen next week.

From here I think Deca-Dence can go one of two ways. We can keep going with Natsume as the heart of the story, leading to a grand adventure that expands as she becomes more involved in the conflict. Alternately, we could dive deep into whatever is going with Kaburagi, leading to info dumps of technobabble no one cares about and plot lines that take themselves far too seriously. Maybe we’ll get a mix of both, but that balance could be key to whether or not the series is good in the long run.

Basically even with a strong start, we’re going to need to see more before we can pass judgement on Deca-Dence. It definitely deserves a look though, and this episode stands out as the best this season has to offer. 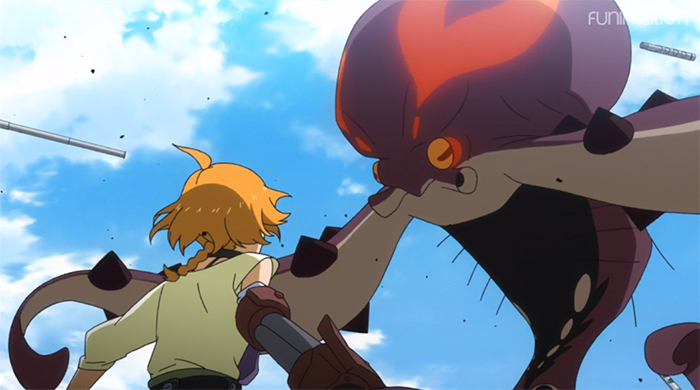 There’s a lot to like about Deca-Dence. Maybe this season’s winner of the “Best Execution” award, Deca-Dence doesn’t necessarily do anything revolutionary, but it does it all with a sort of effortless excellence that has me already engaged. The best thing Deca-Dence does as an anime original is lay down the groundwork to capture my attention. When you don’t have a source material to rely on, it’s paramount that you convince your viewers right out the gate that you’re worth the time. In this regard, the story starts strong. You have a likable duo, an interesting (if well-worn) setting, and perhaps most importantly, a vibrant art direction. Directed by Yuzuru Tachikawa of Mob Psycho 100 fame, Deca-Dence immediately impresses with a lovely aesthetic in both its frantic and static moments alike. Natsume wears her emotions on her sleeve and her face is animated with an almost Trigger-esque enthusiasm. It’s hard to say if that’s enough to carry the rest of the anime, or if it’s even capable of cashing the checks it’s writing. Anime originals like Dragon Pilot or Appare Ranman are a chilling reminder of how quickly an anime can fall apart once the novelty has worn off. It remains to be seen if Deca-Dence is any different. Still, it’s one of the strongest first impressions of the season and I’ll happily take what I can get. 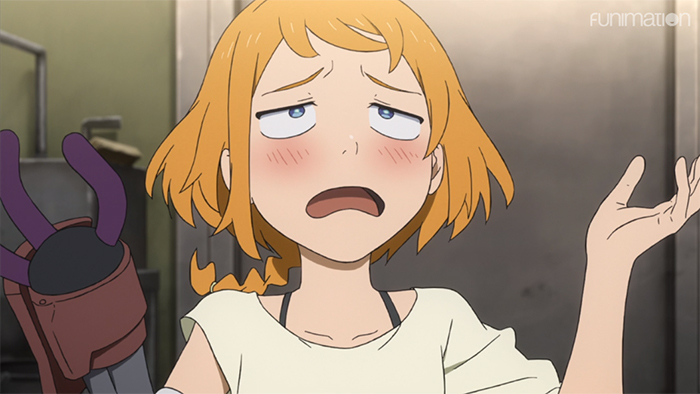 This is the show Attack on Titan might have been if the titans were mostly giant bug-dinosaur-like creatures, if the tone was way less obnoxiously self-serious, and if the characters didn’t yell approximately 80% of their lines. While the first few minutes had me worried that, after a perfectly decent opening scene, it would stick with a baffling typical school setting, the rest of the episode seemed to pass by extremely quickly – always a good sign. Despite that awkward transition into what I assume is now the main story, Deca-Dence made a very positive first impression on me. Bogged down only here and there by dialogue that’s occasionally just a bit too exposition-ey and/or on the nose, it’s a series that clearly has a good story to tell, even if not a particularly unique one. It’s really the setting more than the characters that interests me the most, although the characters themselves aren’t bad – just a bit on the conventional side – so how they interact with the world around them is probably what’s going to make or break the show for me. I’m happy enough with what I’ve seen so far though, and will definitely be sticking with Deca-Dence to see where it goes from here. As long as it maintains its current balance between everyday humor and the seriousness of the outside world it portrays, I shouldn’t have too many complaints.