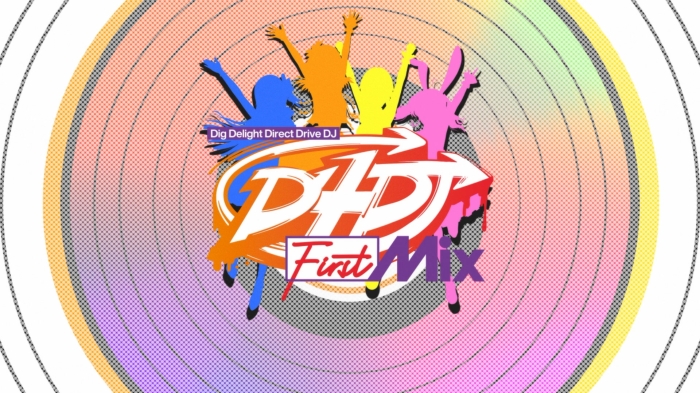 Rinku is a very enthusiastic girl who grew up on a small African island, and while she may be unfamiliar with a lot of things, she really likes H Jungle With t’s 1995 hit single Wow War Tonight.

As curious as I am about trying the mobile game out after seeing its hype gacha animation, D4DJ‘s anime adaptation was absolutely not on my radar. I’ve played BanG Dream! a fair bit over the past few years, but I can tell you absolutely nothing about the characters in that game. I like Roselia and Raise a Suilen quite a bit, but the characters in those bands? Couldn’t name ’em.

Oddly, I ended up watching this after finding out what the ending theme was – a cover of H Jungle With t’s Wow War Tonight. It’s not super well known outside of Japan, and there are likely more people that are familiar with Korean band AoA’s cover of it, but the reason I know what it is comes from my interest in Japanese comedy; H Jungle With t featured Masatoshi Hamada, one half of comedy juggernaut Downtown.

Yes, this gloriously 90s song is my flimsy reason for checking out D4DJ First Mix. And you know what? It was pretty okay!

Our protagonist Rinku has just started school in Japan after living on a small African island, but despite being a bit clueless about certain things, she seems pretty content to just genki her way through each and every scenario. She’s very happy-go-lucky, unafraid of being up-front with her feelings, and is generally just a clumsy goofball. Not out here winning any original character awards, but she seems like a good pick for eventual leader of her… band? DJ group? I don’t know.

Indeed, a number of characters in this show appear to have attended the same DJ event as kids, where an idol duo performed Wow War Tonight in front of a large crowd. On top of that their school is very pro-DJ, allowing students to perform sets over the PA at lunchtime, and having soundproof rooms to perform in. Rinku gets to see a group known as Peaky P-Key perform a song in front of some students, which acts as the catalyst for her wanting to become a DJ herself. The episode ends with Rinku and future band-mate Maho going over some DJ basics, where Rinku displays a talent for identifying the BPM of songs she hears. 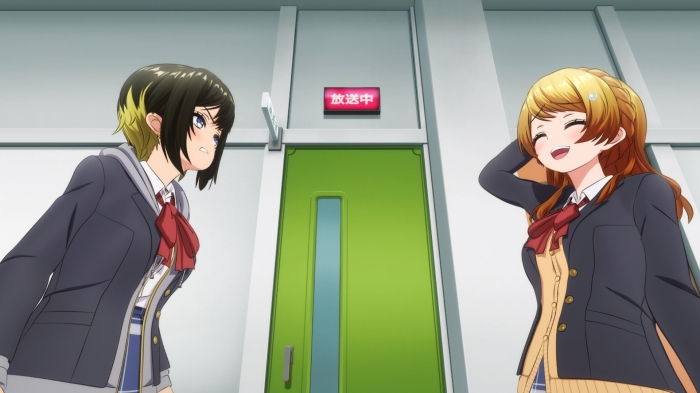 For me, what is most notable about this episode is the character animation. This is another 3D show, but I don’t know that I’ve seen one quite as expressive as this before. Rinku bounces around the place for the majority of the episode with exaggerated movements and expressions, and honestly makes a rare case for 3D animation over 2D in this context, especially when you throw in the dance choreography on top of that. The last SANZIGEN show I saw was New Sakura Wars which definitely didn’t have nice 3D, so it’s good to see that they’re improving. That or Bushiroad threw more money at them than Sega did.

I will say that I’m surprised the original music took a back seat in this episode. I think the Peaky P-Key song was the only original in here beyond the opening theme, with the cover version of Wow War Tonight being played on four separate occasions. This includes right at the end of the episode during the ‘how to DJ’ segment, which is immediately followed by the ending theme which is also Wow War Tonight. It’s fortunate that the cover is really quite good – Raychell and Nana Mizuki did a great job with it – but I hope that they give it a rest before regular watchers get sick of it. 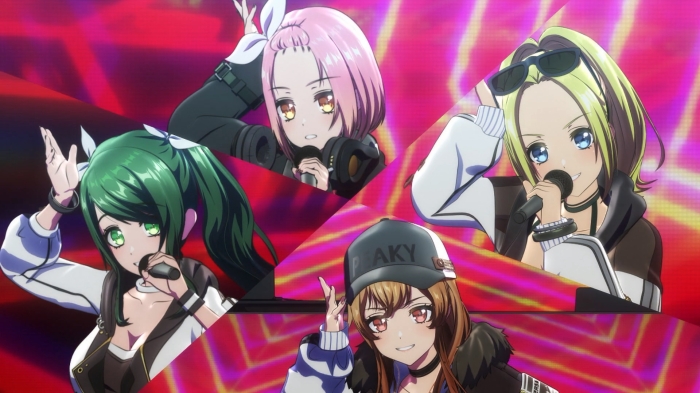 As pleasant enough as D4DJ First Mix is, it’s not really my kind of show either. I will instead wait for the English version of the mobile game so I can enjoy the music there, where I honestly hope for more 90s Jpop covers. If it follows the BanG Dream! route and mostly covers anime music, well, I guess that’s fine too.

There’s certainly a ton of money being thrown behind this though, with the game, this anime, and a manga series all releasing in October 2020. With a steady stream of music releases both out now and in the pipe, it seems like the D4DJ franchise is shaping up to be another massive money maker in Bushiroad’s portfolio.