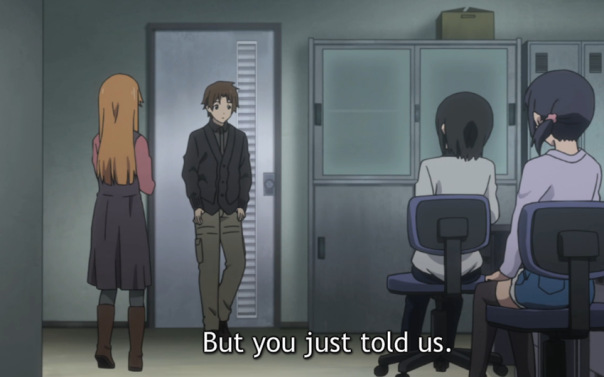 Recap: After Taichi earns his award for worst coverup attempt, Heartseed 2 goes berserk with its age shifting powers. At the same time, Iori’s step-dad has gone out of control. Can our group help Iori in time, or will the constant interference be a hurdle they simply can’t cross?

Man, when Heartseed 2 is serious, it is serious. I thought the problems would be restricted to only so many people being changed at a time, but just changed to start randomly. As I predicted,(at least I did on skype) our boneheaded too-honest-for-his-own-good protagonist has really screwed the pooch on this one. It’s kinda funny to see just how little resistance he gives to Inaba’s interrogations before breaking down, fully knowing the consequences that could arise. Did he forget about Iori being thrown into a river? You do not fuck with Heartseed, in any iteration.

Thanks to the somehow not vagabond infested abandoned complex they were using, the problem was not imminent. Drama only comes back to rear its ugly head when Iori’s problems are finally pushed to the vanguard. Seems a certain deadbeat dad is giving her mom all sorts of trouble. It was kinda funny watching them try to deal with this crisis while also sometimes reverting to being 10 years old. When Iori turns into a baby at the climax, it was almost more hilarious than dramatic.

However, it seems the final confrontation was not meant to be between Iori and her father, but against Heartseed. His dick-moves are now legendary, but this one really takes the cake. There are few opportunities more appealing than the idea of being able to rewrite ones past. All the mistakes, all the opportunities, not to mention all the cash in sports gambling, it would be hard not to take such an offer. I loved this final showdown of sorts, with Inaba and Taichi reminding Iori that this life she’s lived was not worthless. Mistakes are one of the greatest ways to grow, and without allowing oneself to fail we never find our limits or realize our faults.

With that, we part with Iori musing upon doubt of her feelings for Taichi and then immediately cut to credits, complete with a tease for the next chapter. That really kinda infuriated me. There is so much more to be said and done in this group, and I don’t know if I can wait until next spring to find out. Kokoro Connect was my sleeper show of this season. Originally just picked to round out my schedule, I lucked upon a real diamond in the rough. Looking back on it, it’s really funny how people were dismissing the show off of its initial body swap mechanic. I came in expecting  a bland and mediocre show and found an old gimmick  treated with such care and dignity that it catapulted its way to my favorite show of the season.

It really shows a strength in storytelling to take something everyone wrote off as generic and turn it into an absolutely enthralling plot line. Every time Heartseed came with a new way to shake up the group’s lives, the full gravity of its effects were always felt. When body swapping started, the period of slapstick misunderstandings fell away quickly as the full existential weight of the power’s effects became manifest. When desires became unleashed, people are hurt quickly, and the line between ones thoughts and ones was blurred. Even the short age manipulation arc threw its own punches, showing how hard it was to deal with the past when its memories are forces straight out. Through every trial, our characters suffered, but they also grew. Without the effects of these powers, this group would have just continued to go along without confronting their problems, which is something that can only become worse with time. Heartseed is a bastard, but it’s hard to tell if that was really a bad thing. 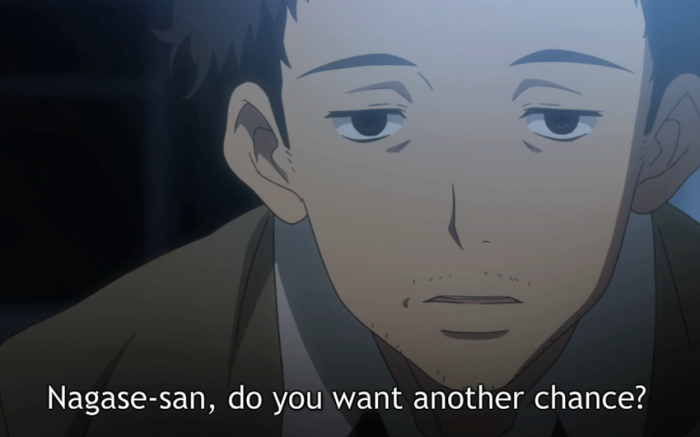 Beyond its interesting personality mechanics, the true gem of Kokoro Connect is its absolutely fantastic minimalist cast with diverse and unique personalities. While starting as typical archetypes, each episode added to show how human each member was. Taichi can come across as a generic protagonist, but his dedication towards the ideal of heroism is so infectious. It also sets him up for a lot of falls when his plans don’t go quite his way. Aoki spent much of the season by the sidelines, but his moments with Yui were adorable and honestly made me root for that pairing even more than the eventual love triangle.

I loved that the girls of this cast were in no way pidgeon-holed as well. Youd be forgiven of thinking Yui as a typical tsundere initially, but when her standoffish nature to the boys is revealed it is given all the seriousness and weight it deserved. Iori starts out with almost a K-On! type personality, but as her life is slowly revealed we come to understand why it feels so two dimensional. Last, but certainly not least for both Life and I, was Inaba. From the very get-go I loved Inaba’s character. It’s hard to find characters in your average high school drama that actually act with a bit of reason, but week in and week out Inaba was a rock of rationality  for the group to cling to. That only made situations tenser when even the level-headed Inaba started to break. One can also not thank Inaba enough for her constant contributions towards my total lack of tact or professionalism through constant out of context hilarity.

With episodes unreleased, but a storyline tied up, it’s easy to see why I call these impressions only final-ish. With the past announcement of 17 episodes as well as the teaser frame at the end of this episode, don’t be surprised if you see me giving a final look at this show all over again. 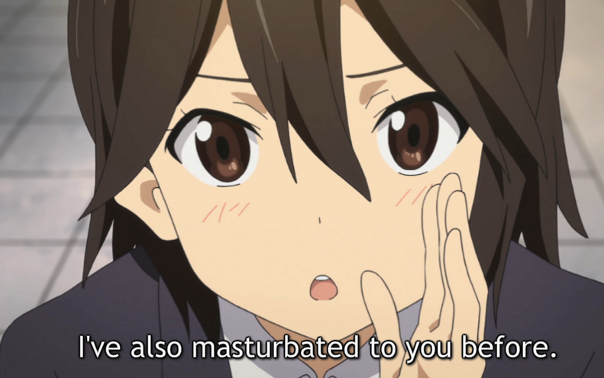 Lifesong’s Final Impressions: Kokoro Connect proved to be one of the highlights of the last season for me. I’m just as tired of the school club thing as the next guy, but Kokoro managed to be more than it’s club setting would imply. Instead of the boring school life things we have all come to expect from club room anime, Kokoro gave us a heavy dose of existentialism, and did so in way that was in my opinion. both clever and amusing.

Kokoro had a lot of things going for, the first and most obvious being the vocal casting. Miyuki Sawashiro did an amazing job in her role as Inaba, and Aki Toyosaki pulled off her role as Inori with an incredible degree of skill as well. The entire casting is rather impressive, but those two deserve mention for an above average performance. The artwork and directing also deserve mention; Shin Onuma pulled out a real winner here. 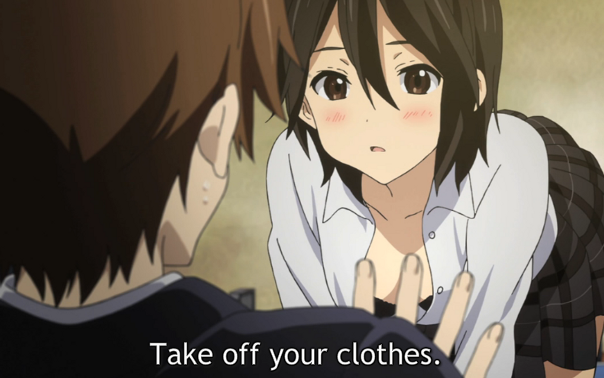 As much as I enjoyed Kokoro Connect I am a bit disappointed to see several plot lines left open. As someone who has fallen for the cast I am stricken with a desire to see resolution within the love triangle, and have been left incredibly curious about the back story for Heartseed, and whatever greater part he plays in the big picture; however, I have also been very satisfied with the way other plots have ended, and the resolution and growth that the characters have seen during this series. In particular the romance between Yoshifumi and Yui played out in a cute way that in some aspects surpassed even the protagonist, and his drama with the two leading girls.

Kokoro Connect is clearly unfinished at this point; hopefully we will see a bit more resolution when the next arc picks up. I’ve enjoyed this anime quite a bit; the existentialism is something I appreciate highly, and wish I could find more often in my fiction. I hope for, and look forward to, the day more of this becomes animated. 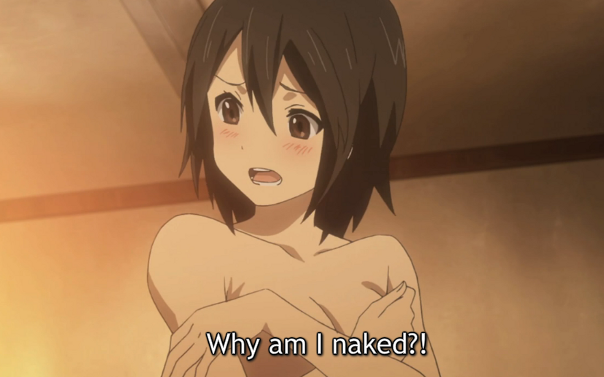