Lifesong’s Final Impressions: Resolution in the face of an uncertain future is something that I think everyone struggles with at one point or another in their lives. When your passion is for an oversaturated field and your talent isn’t what it needs to be to pull ahead, do you give up or forge ahead?

Sakurasou was a good drama with some fantastic moments, cute romance and a healthy dose of comedy. It told a story about becoming an artist and the harsh realities that entails. Sure it was filled with feel good moments as well but its artistic theme never pulled its punches and because of that never lost its impact. The troubles of a struggling artist are beautifully captured here and Sakurasou deserves credit for that. 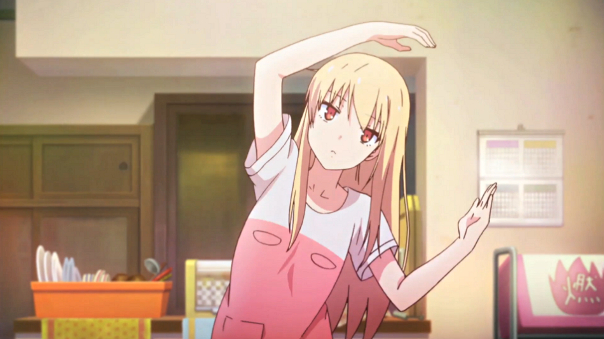 The biggest weakness of Sakurasou is that it is a bit meta. The novelty of Sakurasou; the thing it does to set itself apart, is telling a story close to the heart of the person writing that story. That said, Sakurasou manages to feel authentic for the same reason. Overacting is another concern but it is something I personally enjoy. I find it is uncool to admit that high strung high tension characters acting dramatic and balling their eyes out is never a popular thing in anime, even when people like it but I for one will go on the record saying that I loved the “over-drama” this series had on display.

Romance is the secondary fuel of Sakurasou and never falls far from the motivations of the cast but despite it’s central nature in the plot, it’s never the driving force. While the romance is sweet, it may leave some people unsatisfied. In reading other blogs I’ve found that this secondary fuel to be of much greater importance to viewers than it’s story about art. Of course, some of that boils down to what I am going to call “waifu politics”. The ending given in the anime left room for wild misinterpretation by fans of the rejected heroine. Personally, I am okay with way it was handled. The losing heroine was put down as gracefully as possible which is something she deserved and I appreciated. 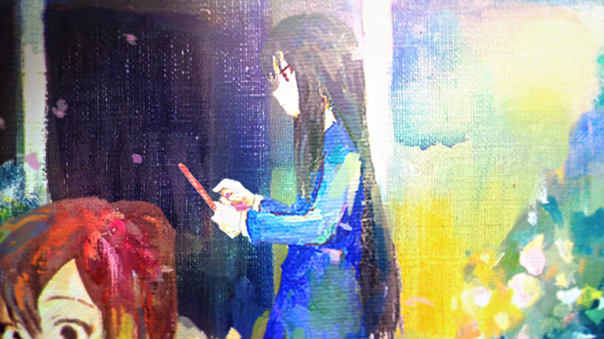 “Love is just a bug in the emotional programing.”

One of the strongest aspects of Sakurasou is how likable the cast is. Even the mundane characters like the protagonist’s sister serve the plot well and become likable by the end. The many characters and their individual stories have parallels that follow the same themes. One of the more potent of those parallels, dealing with feelings of jealousy and frustration at those with talent and how lonely the people with talent can become because of it, is central to the story. The way these work together and build up to resolution is a beautiful thing.

At the end of the day, Sakurasou managed to be a top class drama I would recommend to anyone who enjoys drama or is interested in the pains of becoming an artist. The many personality conflicts of the story make up events that all build upon the world of art. Even the friendships built throughout this series are done in a way that never fails to support the themes of becoming an artist, overcoming the obstacles of talent and relating to other artists.

Sometimes love has to be put in second place.

Marlin’s Final Impressions: I did not love Sakurasou to the extent Life did. Despite that, I was still able to appreciate its story. I think the biggest problem I had was that I came into Sakurasou expecting it to be a total romantic comedy, and ignored it for the underlying message about talent it had to tell. Once the big bombshells started to drop and people’s feelings got hurt I really started to appreciate the story for telling a no-holds-barred depiction of how difficult it is to thrive in the entertainment industry.

Unfortunately, I cannot hold the romance to the same esteem. It could simply be because it was handling these characters as the peculiar artists they were, but I just couldn’t relate with the motivations of these characters. Jin was the worst offender, wasting more than one episode with this weird concept of supposedly loving Misaki and yet not wanting to be with her, either due to not wanting to defile her or knowing they wouldn’t be together in the future. That secondary worry just never registered to me, I know in anime the common theme is to just have people come together and live happily ever after, but would it kill some of them to realize that breaking up is also a part of relationships? If it didn’t work between them, then  they would not have been together, not the end of the world, and if they were able to get through time apart then everything would work out fine. Nanami was simply frustrating to watch, the kind of hopelessly shy character that grated on my nerves with every blush and squandered opportunity.

For when you fail so badly that a facepalm isn’t enough.

I did at least understand why the core romance played the way it did. Mashiro is simply just unaccustomed to people even spending time with her, let alone being attracted to her. Sorata had his own problems as well, with failure breeding jealousy and frustration. It really made sense that it took time for their relationship to fully mature.

I have always noted how much I both hated and loved Sakurasou, and now that I have finished it the same feelings remain. I found its characters melodramatic and some of their motivations unrealistic. At the same time, I came to appreciate it for what it was trying to express. With a new crop of students at Sakurasou, it’d be within reason if they someday make a sequel. Would I watch it? Yes. Would I finally enjoy it? Who knows.