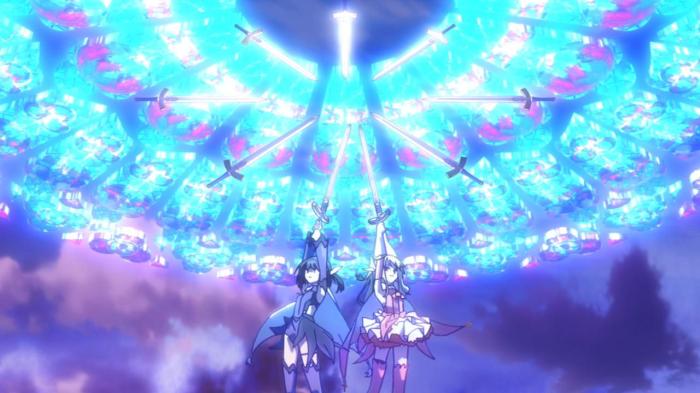 Recap: Illya and Miyu beat up Berserker with heretofore unexplained friendship power-ups and live happily ever after.

Iro’s Thoughts:
And so it ends! For now, at least. As mentioned, Ilya shows up and after some speechifying about friendship, she and Miyu use the Kaleidosticks to shoot like seven Excaliblasts at once to vaporize Berserker. And of course, since this is basically Nanoha, they become super-duper best friends forever after the fight, complete with a wake-up kiss and Miyu clinging to Ilya at all waking hours. Pretty dumb!

Meanwhile, Rin and Luvia have to stay in Japan for a year instead of head straight back to the Mage’s Association in London because Zelretch is a troll. All this really means is that they’re still around for Season 2. At the very least, we didn’t ruin Zelretch’s first speaking role by having it in this show; we only dig Waver deeper with a second appearance. Lastly, a post-credits scene depicts Bazett walking around an English airport for whatever reason. I guess she’ll show up in season 2. 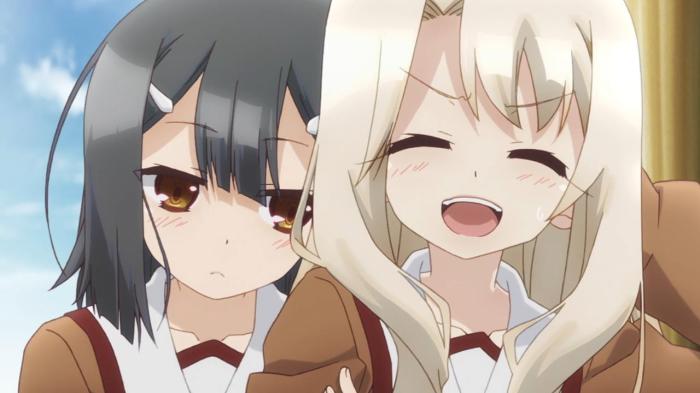 As has been made abundantly clear by my coverage, I did not like this show, and I have no plans to cover the 2wei arc, whenever it airs. It had occasional flashes of brilliance, like the Archer vs Saber fight, but even some good wasn’t enough to drag Prisma Illya out of the massive cesspool it resided in. There’s just no point in turning Fate/Stay Night into a magical girl show – it doesn’t add anything to the formula, only subtracts. There are no more questionable morals pertaining to a life-or-death battle royale, only a bubbly little girl who likes magic and friendship. The Servants are reduced to faceless villains, without any nuance to their personalities or motivations. There’s functionally no difference between this and a random, generic magical girl anime.

If that’s what you want, then maybe Prisma Illya is for you. I, for one, can only see it as a blight upon the franchise. 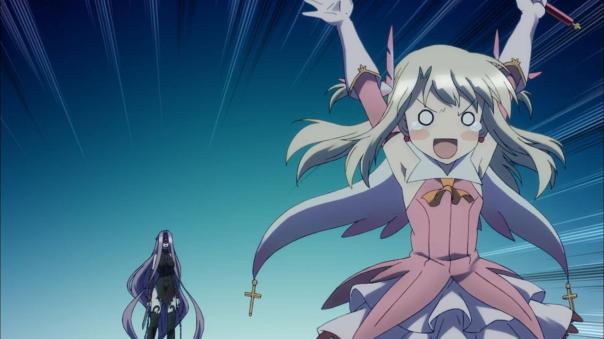