The championship qualifiers are finally here and it’s time for everyone to show the results of their training. With Smile, Peco, Kazama, and Kong all vying for a top spot, there will be winners and losers today.

This is it folks, the long awaited tournament arc that every sports anime on the planet has. Though I suppose to be fair, the sports genre is the one genre where tournaments actually make sense. The first half of the episode focuses on everyone’s preparations and thoughts preceding the big day. I have to say, it’s impressive how far Peco has come. If there’s any one character that might convince me that Ping Pong isn’t entirely in favor of talent over hard work, it’s Peco. Alas, like every other piece of Japanese fiction on the face of the planet, all they ever talk about is Peco’s talent, rather than his effort. Like I said last week, it is a testament to Ping Pong’s quality as a piece of fiction that it is my favorite show this season despite its underlying message going against everything I stand for and represent. It’s a show that proves you can have an inherently wrong message while still being a genuinely good piece of work. 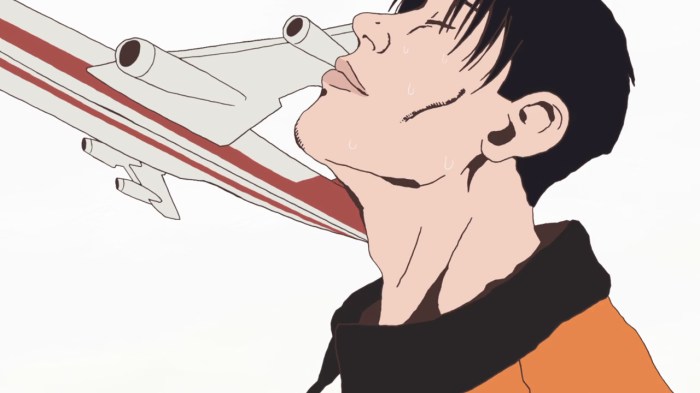 While this week’s Ping Pong’s managed to keep up the high quality of character drama that we’ve become so familiar with, it’s the second half that proves that at its core, Ping Pong is also a great sports anime too. As hard as it was for me to watch Kong, my favorite character in the show, be so handily beaten by Peco, it’s an event that encapsulates everything that makes the sports anime genre so great. Peco may have beat Kong, and it might have been because Peco is inherently more “talented,” but it was also due to his hard work and training. And Kong panicked for the second time in this show. As much as I love his character, choking under pressure meant this match was only ever going to end one way. Still, seeing Kong’s resigned acceptance was heartbreaking. It was even worse knowing that this is likely the end of Kong’s career and he will likely never return home. And it’s equally crushing to see how proudly the show trumpets its “talent > hard work” message. Kong worked as hard, if not harder than anyone in the cast. Anyone familiar with Chinese national athletes will know this to be true. Overall, the entire ending of this episode was just hard to watch.

But that too, is also part of why I love this genre so much. Unlike Shounen with its asspulls or slice of life shows with their insipid absence of conflict, there will always be winners and losers in the sports genre, and all the soaring heights and bitter lows that come with it. I am happy that Peco won and we’ll get to see how far he’s truly come as a player, but I will also miss Kong.

Ping Pong has done an amazing job of capturing what makes one of my favorite genres so enjoyable while also being a wholeheartedly enthralling character drama. As always, I look forward to next week, even if it means this is the end of the ride for my favorite character.

It’s nice to see all of Peco’s hard work pay off. It’s surprising to see a show skip so much time so quickly, though. I assume this takes place in the summer, and last episode was just valentine’s day. I guess it would be pretty unbelievable if Peco hadn’t been training for months on end. It’s hard not to root for Kong after how well we’ve gotten to know him and his motivations. That makes it even harder as we see him get slowly dismantled by the same kid he so easily dismissed last year. Still, I have enjoyed Peco’s rise from the ashes, and it’d be great to see how he stacks up against the best of the best now that Kazama is coming his way.

Once again, Smile is shoved a bit to the background. His absolute prowess means that he doesn’t have any early challenges. Even the second in command of Kaio, considering all that we know about him, seems like a weak threat at best. However, this might be a classic case of what’s called in the sports community as a trap game. Smile has been pumped up as the best of the best, and he seems to believe it wholeheartedly. If there’s any character where I could see overconfidence becoming his weakness, it’s the new Smile. I doubt he’ll actually lose, but it’ll be interesting to see if this will be a stumbling block on the way to the championship.