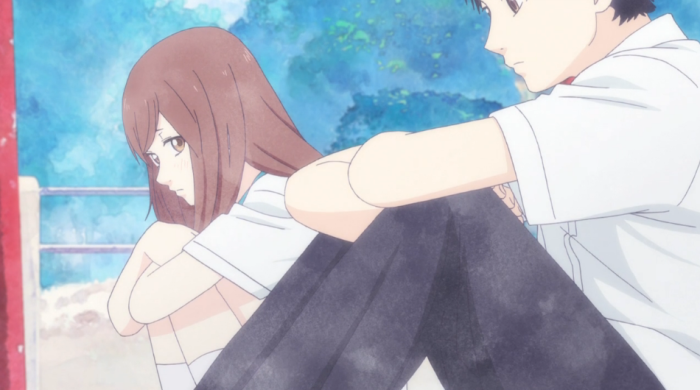 After thinking on Kou’s parting words, Futaba starts to reanalyze her current relationships. Sympathizing with the class outcast, she loses her old friends, but may start to gain stronger friendships for it.

I’m really enjoying how much more personal this show is getting. Saccharine shoujo show has its own merits, but these kinds of portrayals can be equally enjoyable. I like the little flashbacks in the beginning as they show puppy love for what it is, an immature feeling from an immature time. Skipping back to the present day there’s a lot to be said for how realistic these characters act for bratty teenagers. Kou is a huge jerk, but it seems more of a facade than his actual personality. Being so young when his parents split up, he must have had a hard time readjusting. It’s quite obvious Tanaka-sensei is Kou’s brother, but I wonder just how much that will factor into Kou’s later character development. His cheerful demeanor shows how much more mature he was at the time of the divorce. I hope he is more than just a convenient expository vehicle to explain why Kou has turned into who he is today. Considering the sideways glances coming from the final main girl in the show, I doubt that will be his only involvement. 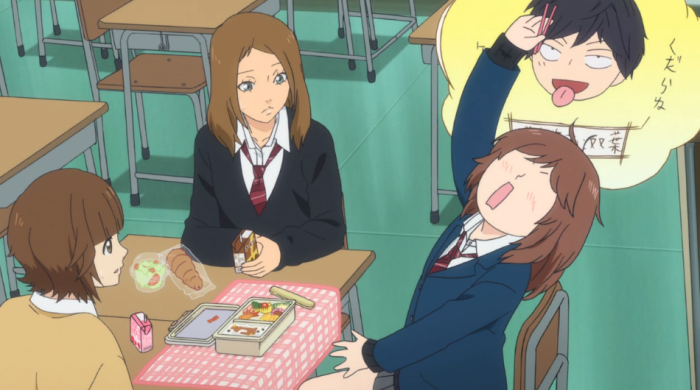 The central conceit of this episode is the concept of perceptions. Whether subconscious or not, we are always changing the way we act to try and elicit different reactions from those around us. For Futaba, having spent a lot of time as an outcast from her own sex, decides to engender herself to them at the expense of her sex appeal. On the opposite side of the scale, we have Yuri. She wants the same thing a lot of girls want, to grab boy’s attention. Girls are threatened by how much she acts on this persona in order to garner favor with them. By acting the way she wants to, she makes herself a target. The general group in her class also act in a very classic fashion. The girls use Yuri as an easy scapegoat, while also recognizing that they desire the same things she’s ostracized for. It’s easier to blame a lack of charm on the idea that another person is stealing the spotlight. 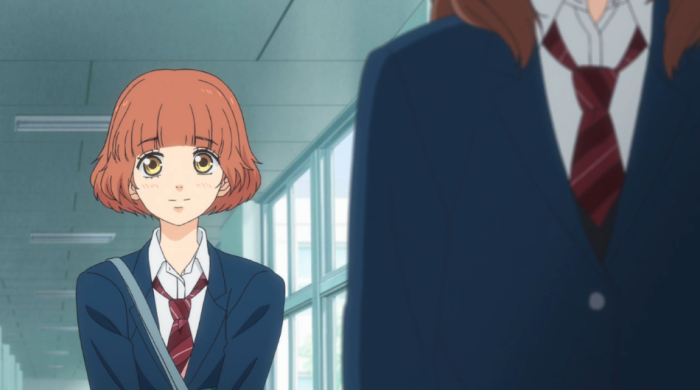 I imagine this is where the story will start in earnest. With Futaba rekindling her long lost feelings for Kou, we’ll probably start seeing more of the traditional shoujo trappings, and I’m all for that. So far I really am enjoying these characters. Futaba is cute and her frankness is very endearing. Kou is also starting to grow on me now that he’s shown a bit more vulnerability. Yuri quickly got my attention. Far too often, the cutesy characters are portrayed as innocent. Here we see a girl intentionally using her looks and personality to put on an image. She’s not completely clean, but neither should she be counted wholly in the wrong for how she acts. Let’s hope this show can keep going strong.