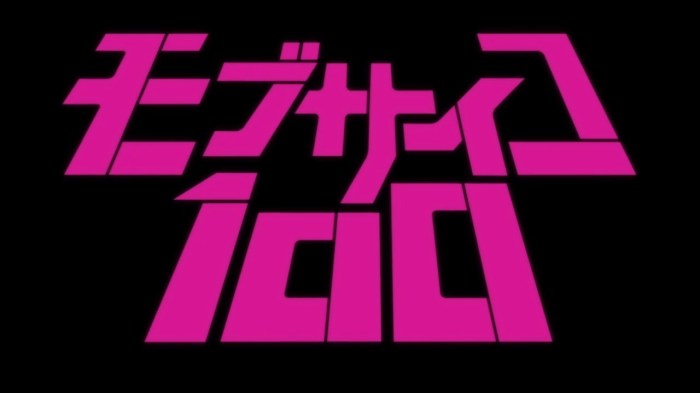 Arataka Reigen is a psychic investigator who is an obvious fraud and incredibly bad at his job. Luckily, he’s got an apprentice, a strange boy named Mob who seems to posses legitimate supernatural powers. 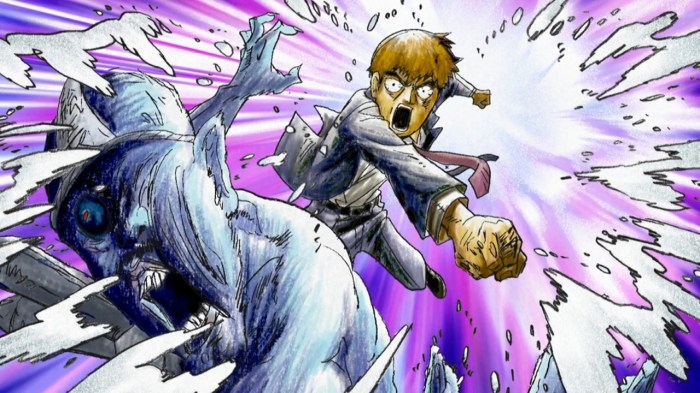 I think it’s fair to say that the humour of this episode was something of an acquired taste – I can already feel Reigen’s schtick wearing thin a little and there’s a distinct possibility that this could suffer from the same immovable premise as ONE’s other major work One Punch Man. To be honest though, I barely care about the plot when this episode was such an incredible visual feast. More deranged and abstract than OPM, animation studio Bones channel their sublime work on Space Dandy to produce a similar mish-mash of styles, looks, and spectacle. There’s a looseness and elasticity to the animation that’s reminiscent of Gainax classics such as FLCL and especially Dead Leaves, as well as the delightful weirdness of Osomatsu-san. I’m not sure this is particularly one to watch for gripping storytelling, but as a display of visual and stylish panache it’s undoubtedly the show of the season so far. 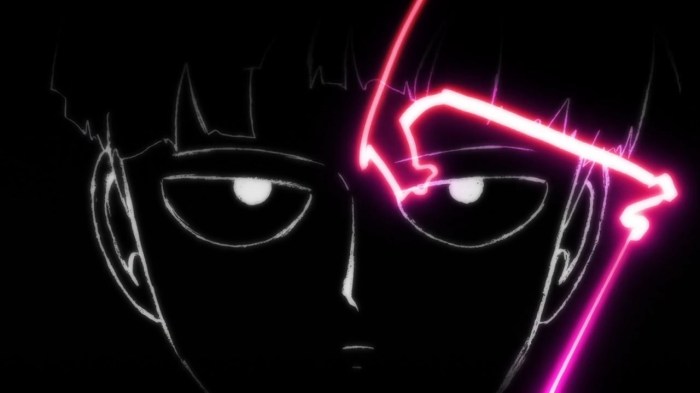 Surface comparisons to One-Punch Man are inevitable – considering mangaka ONE is behind both – and Mob Psycho 100 definitely has the same type of humor and writing as OPM, although it is clearly less tempered. To my knowledge, Mob Psycho never had a redraw version by a more talented artist, and consequently this adaptation switches to the style ONE’s bizarre lineart much more often, as well as simply entering full-on deranged animation from time to time. It works pretty well with the less focused and more zany tone, and this might even be the best looking show this season. That paint bit? Gosh. 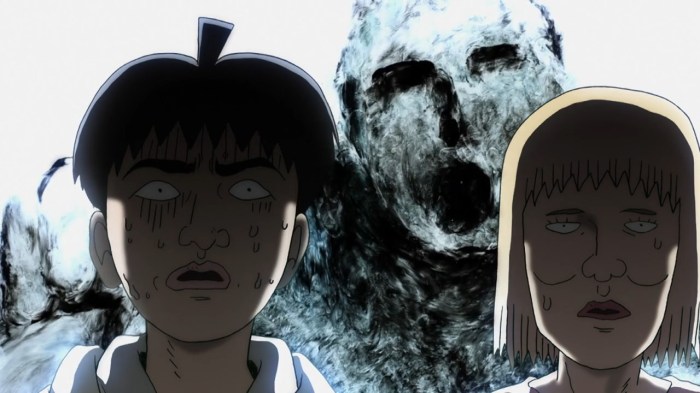