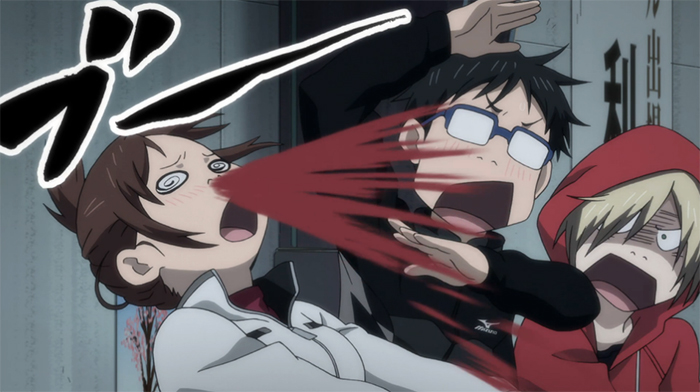 Nosebleeds abound as we continue to gush over all the good new shows this season. Girlish Number also joins the Roundup with more delicious jabs at the anime industry, or at least for now so long as we don’t get bored of it.

Jel: As I had feared, there was a bit too much behind the scenes info babble going on this episode. It did give us an opportunity to see how awful Kuzu-P is and highlight the cold reality that pushy people like him are often the ones that end up in charge, but I think we got the point on that in episode 1. Fortunately Chitose’s acerbic personality continues to be fun to watch. I’m wondering the cute, innocent girl of the group is actually as horrible as Chitose says she is. It would be a much funnier joke if they leave that to our imagination, but I still can’t tell if this show is smart enough to know that. Basically more of the same, I enjoyed episode 2 but they’re going to have to switch things up soon to keep me interested.

Jel: So between this and Euphonium, I guess I have to deal with all the queer baiting this season? While Victor’s flirting was pretty casual in the first 2 episodes, they went all in this week. It’s almost too obvious as the topic is “eros” and Yuri trying to find what motivates him sexually, and then, consciously or not, he arrives at Victor. You could also interpret Yuri’s wanting to be “such a beautiful woman that Victor will never leave” as him simply wanting him to stay as his coach, which honestly is the more important aspect of it. That beautifully presented allegory was the highlight of the episode, and while the outcome of the competition was predictable the presentation and story telling continues to be so top notch that you can’t help but get excited about it. 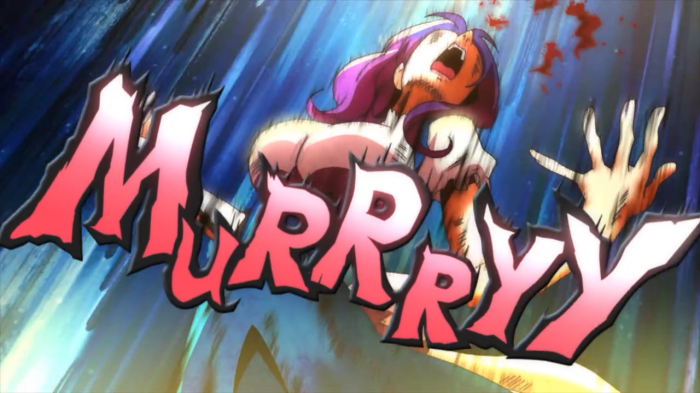 Kiss Him, Not Me – Man, I should catch up on Jojo

Aqua: Watching shows based on manga you’ve read is an often fascinating, yet hardly satisfying experience. After watching this episode, I had to delve back into the comic’s early chapter to check if Brains’ Base haven’t been cutting some of Kae’s outrageous fantasies from their adaptation. But no, as I was surprised to learn, Kiss Him, Not Me really is just that little about the thing it actually claims to be about. Most of this episode was just standard shoujo rom-com fare without any words wasted on our heroine’s peculiar interests, and most attention focused on the virginal niceness she’s grown out of those hundred or so pounds of body fat she lost. Yeah, no troublesome implications there. None at all. Nope. Yet while the ‘Kiss Him’ part of the show’s title was sorely missing from this episode, at least there was some development on the ‘Not Me’ front. Kae’s panicking at the boys’ genuine advances allows Yuu Kobayashi to cut loose like never before, providing some entertaining gags and an interesting angle to give the show some spice: What if Kae don’t want no lover, she just needs a friend? What if next episode could give her both?

Jel: Two Musiks activated at the same time?!? What is this madness?! The actual Musik sections were not much to look at this week, but it was actually kind of clever how they interpreted Chopin and Liszt’s real life relationship into something more ANIME. I’m definitely getting more on board with this show as the pieces start to fall in place. The more weirdos we collect in Kanae’s newly founded apartment complex the better. I already like the dumb, loud jokes so if all ClassicaLoid ends up being is a buch of bizarrely reincarnated dead composers hanging out together, I think everything will turn out alright. 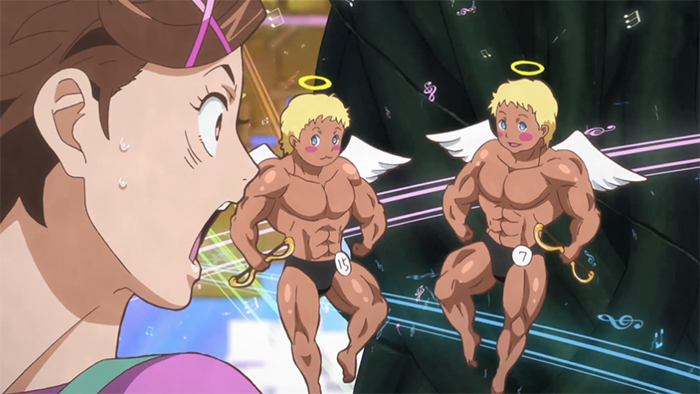 ClassicaLoid – Did someone mention “Eros”?

Zigg: As the series goes on it’s becoming increasingly clear that Time Bokan doesn’t really care about generating humour from actual historical situations, and instead is just content to use the premise to throw our gang of lovable dimwits into increasingly daft situations. That’s absolutely fine by me, especially if they continue to be as off the wall as they were this week. Throwing the villains and heroes together is an easy call since the Akudarma Trio are so incompetent they’re barely baddies anyway, and they play the fish-out-of-water comedy angle to the absolute limit and then beyond in a largely successful quest for laughs. Then there’s that stunningly insane ending where Housewife-bot curries a robot T-Rex. And the Yatterman Night shoutout when the crew capture a dinosaur.just glorious madness all the way through.

Aqua:  Well, the good news is that Izetta is at least tactful enough not to replace Hitler with a suspiciously similar substitute at the head of ‘Germania’. The bad news is that they replaced him with a generic evil emperor instead. Luckily, this episode wastes no more time on bit characters than necessary and finally shifts focus back to Finé’s political speed chess, which gives the princess a final opportunity to remind me why I was interested in this show in the first place before it all goes to the dogs. With her girlfriend in the war rooms, Izetta is left with little to do, which soon reveals her to be the show’s weakest link, a vehicle for little less than fanservice and the cheapest, most generic inferiority complex angst money can buy. While I quite like the whole ‘girl gets burdened with becoming a symbol of hope against her will’ thing that shows up in so many young adult dystopia novels nowadays, Izetta (both the show and the character) lack the mettle to pull it off, quickly devolving into a shitty version of Mockingjay where Nathalie Dormer’s character is also a sexual predator because of course she is. Also, the United States of Atlanta, Izetta? Seriously? 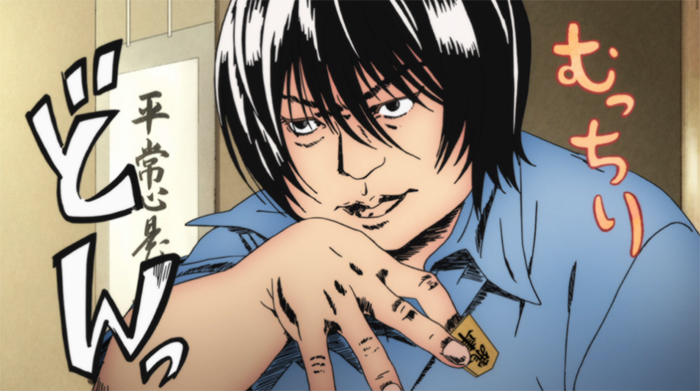 Jel: Once again I found myself getting angry at the amount of actual shogi we are forced to sit through and once again I shut up after the mid point of the episode. I did not see the twist with Harunobu’s condition coming, and thinking about the effort he put in to just being there added so much weight to their match. The second half takes the bittersweet tone to the next level, with one of the most beautiful depictions of grief I’ve seen in a long time. I don’t feel qualified to explain exactly how, but all of the visual choices like the expressions on the characters faces and the use of color really amplified the impact of what was going on. Other details, like explaining the vegetable animals we saw with no context last week, were effective punches to the gut. It’s probably best to just watch it yourself, so go do that now if you haven’t already.

Jel: I appreciate the very real, adult conversation going on in this episode but I don’t feel like they’ve developed the proper format for it. Sure, Poco has acted as a catalyst to get the conversation started a little faster, but even if Souta hadn’t met him the circumstances would require thinking about what he wants to do anyway. Even factoring in Poco, the fact that he’s a Tanuki doesn’t really add anything either. What we’re left with is a pretty easy going show about a dude figuring out his life and I don’t know, maybe after having so many similar minded shows the past couple of seasons I’d like something with more of a twist. It seems we’re one step closer to re-opening the restaurant so maybe that will mix things up, although that opens up thematic ideas I would take issue with. I’ll have to see where things go before getting into all that, hopefully things will improve soon.