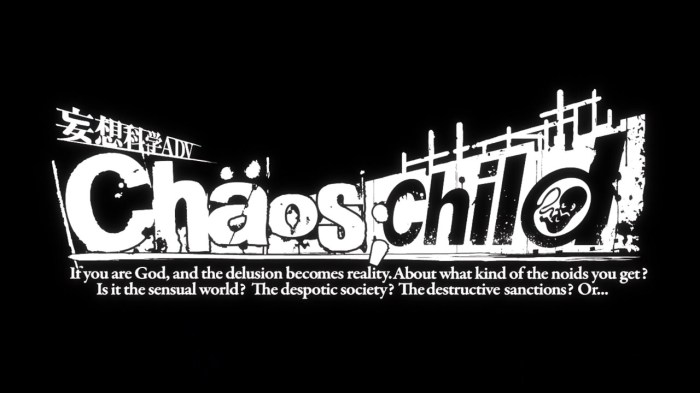 Set some time after the events of ChäoS;HEAd, a group of students are investigating a series of deaths that look awfully like the return of the New Generation Madness murders.

It was eight years ago that the ChäoS;HEAd anime ended. The general opinion on that show is still pretty mixed, mostly due to not following the original visual novel as well as people had hoped. I personally don’t know anything about the differences between the original anime and the visual novel, but I do know that when I watched it in mid-2012, I left it mostly confused. It was full of gore, technobabble and unlikeable characters, and while I admit that I didn’t hate the show, it was middle-of-the-road at best.

Since then we’ve had several anime from the so-called Science Adventure series, including Steins;Gate, the Steins;Gate movie and Robotics;Notes. Given the lukewarm reception to ChäoS;HEAd, I have to assume that the visual novel’s reputation granted it a second shot at an anime, no doubt with the promise of creating something a little better than Madhouse’s attempt. So far so good!

A positive right off the bat is that ChäoS;Child does in fact recap the events from the first series in an ‘episode 0’. That might not seem too important, but when you have sequels airing close to a decade after the originals, you’ve got to at least be aware that there are plenty of people that have not and will not watch the originals. I’m looking at you, D.Gray-man: Hallow. Heck, I watched the original series five years ago and I could only loosely remember what had happened. Unfortunately, and somewhat understandably, ChäoS;Child wasn’t about to spend more than one episode on recaps, so be prepared for an abridged look at what happened. Perfect if you’ve played or watched ChäoS;HEAd recently, a confusing mess if you haven’t.

As for the first episode of ChäoS;Child, it doesn’t rely too heavily on knowing the events of the previous series. If you know what New Generation Madness is (and you will from the recap), then you’re more or less good to go. However, that’s not to say that all is well, either. We’re thrown straight into what appears to be a murder investigation lead by a group of schoolkids, who don’t see much of an issue entering crime scenes in order to grab a hot scoop. This is fine as far as anime is concerned, but the lack of character development or motivations really hurts this show. There are also a few familiar faces and specific callbacks to the original, but again without explanation. I expect it’ll happen in due time, but as far as first episodes go, it was rather disappointing. It’s not all a bust, however, as the audio design and Kanako Itou’s new opening theme are fantastic. 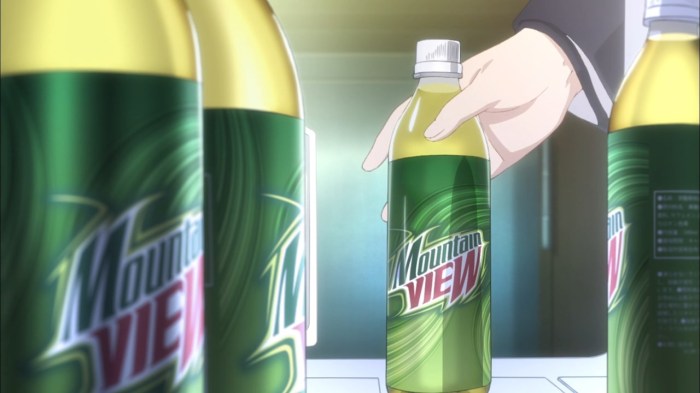