Yuu Koito had always assumed she’d understand love as soon as someone confessed to her, but when a boy told her he loves her on the day of their middle school graduation, she didn’t know how to react. Now in high school, Yuu continues to be puzzled by her classmates’ stories of teenage romance, but eventually finds a kindred spirit in the diligent student council president Touko Nanami. When Nanami unexpectedly tells Yuu she might be falling for her, however, things quickly get even more confusing. 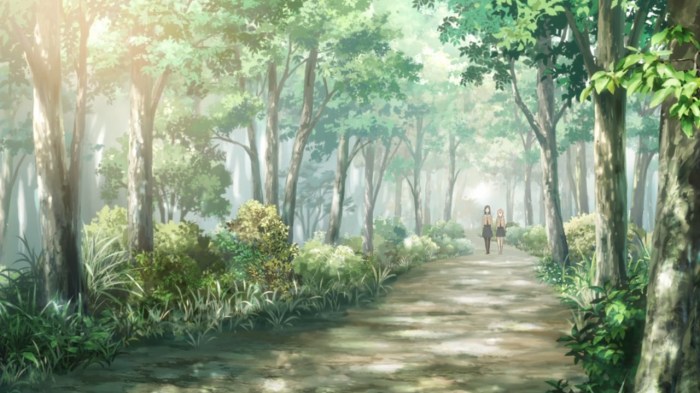 An awful lot of yuri stories are built heavily on cliche, and there are certainly a few concerning hints of that here, such as the out-of-nowhere accidental confession at the end of the episode. With that said however, this was an exceptionally high quality opening installment and definitely one of the more compelling premieres of the season. There’s some really good, understated character writing here, with the tone striking a nice compromise between pure sugar-coated fantasy and a slightly more realistic teen drama. It’s nice that the show also touches on Yuu’s relationships with the opposite sex as well, presenting a more believable situation where she’s coming out to herself as well as to the people around her. The absolutely sparkling production values don’t hurt either – technically the show looks like a million bucks, and it’s also got really fluid, clever direction which aids the visual storytelling a lot. I think how much I’m into this will depend on how much they push the boundaries of accepted convention, as opposed to just settling into a very good, but standard,genre piece. This is a really strong foundation to build on, so I’m very hopeful.

I don’t really know much about such matters, but I’m glad we seem to be getting more of this “type” of yuri stuff rather than the like creepy fanservice yuri stuff, you know? And this might be the best one yet, with the full production weight of Studio TROYCA behind it. I associate them with big budget blockbuster bombs like Aldnoah.Zero and RE:CREATORS, so there’s something almost jarring about putting that horsepower behind something as soft and low-key as this. It looks great, sounds great, and has some great staff behind it, so I see no reason to skip it if you’re into this sort of thing.

One thought on “First Look: Bloom Into You”