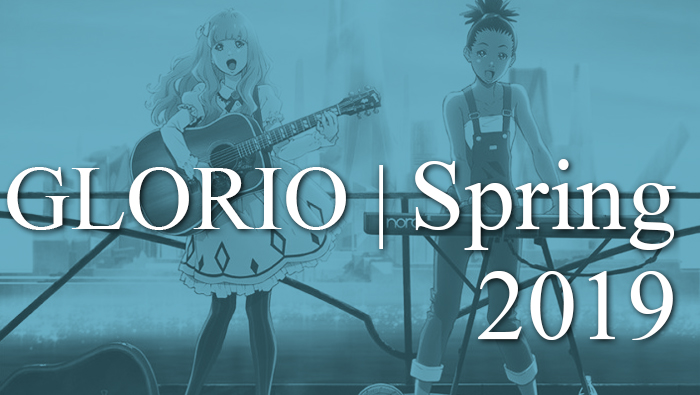 We saved the best for last as Part 2 of our guide is anchored by two shows featuring two big name directors with two big name studios. The musical sci-fi of Carole & Tuesday pairs the legendary Shinichiro Watanabe with BONES, while the kappa-themed fantasy of Sarazanmai brings together the infamous Kunihiko Ikuhara with MAPPA. With new shows already coming in hot, what’s everyone watching?​

“Rookie joins a paranormal investigation team” seems like the most boring possible setup for a modern urban fantasy series. Sorry folks, that is what we are getting here. Nothing about the plot sounds particularly new or interesting, but watching the trailer I’d say a well animated action anime with a war between angels and demons could be cool. Liden Films can hang with the best of ’em when they turn it up production wise, so at the very least this could be fun to watch.​

This anime is based on a baseball themed gacha game that looks suspiciously like Bang Dream. I suspect it will have more in common with idol anime than sports anime as the main character assembles a plucky, rag tag band of outcasts to ganbare their way to the top of baseball… wait, actually, is there really that much thematic difference between idol anime and sports anime to begin with? Maybe not.

So this is basically Touken Ranbu except Buddhist mythology instead of swords. In other words, an excuse to assemble a squad of pretty anime boys with elaborate costumes to fight demons or something. If we’re going to keep the Touken Ranbu analogy going, this seems to be leaning more “men out of time” slice of life story a la Dogakobo’s adaptation than the more serious ufotable one. If we must do this, I’d probably prefer it that way.​

In the distant future Neo Tokyo, a down on his luck reporter/writer becomes frenemies with a young debt collector, and the two set out on space adventures with a robot rabbit. Sure, sign me up, or at least that’s what I was thinking until I saw the trailer. I know technical quality isn’t super important for a buddy comedy, but it’s a bit rough. Hopefully they can pull things together because it’s a pretty solid premise I’d like to see work out.​

A mysterious little fox girl appears in the apartment of a tired salaryman, and she will do “anything” to please him! It’s OK though folks, even though she look like a small child she’s actually 800 years old! I’m so tired of complaining about Dogakobo wasting their talent on pedophile bait, now for three seasons in a row. Just go here, or here.

You didn’t think we’d make it through these previews without an isekai light novel, did you? Yes, this is the story of a young man killed in a accident and reincarnated in a fantasy world. There, he is born and raised by a great sage and learns magic that makes him both nigh invulnerable and irresistible to the ladies. To the show’s credit, it seems to be going more the comedy route than the serious power fantasy, and the animation looks shockingly good for a Silver Link production. So I guess if you want something at the top of the light novel trash heap, this will probably be it.

In the distant future somewhere on Mars, two girls from very different walks of life come together to make “real” music in an era full of computer generated culture. This is perhaps the most Shinichiro Watanabe (Cowboy Bebop, Kids on the Slope) premise possible, and sure enough the man himself is at the helm on this one. Together with the animation might of BONES who have been at the top of their game lately, this certainly has the pedigree to succeed. I’m rooting for the show but I have too many concerns to unpack here, let’s just see how the first episode goes and we’ll talk more about it.​

I feel like any speculation on the premise of this show is a waste of time. All I can tell you is that it’s written and directed by Kunihiko Ikuhara, best known for cult classic Revolutionary Girl Utena and what is for my money the best anime of the past 10 years, Penguindrum (fight me). If you’re familiar with his work, you’ll know it’s best to just sit back and enjoy the ride. I will say the trailer looks incredible. Combining Ikuhara’s imagination with MAPPA’s technical prowess will at least make this a spectacle worth seeing. It’s by far my most anticipated show this season and I’m really looking forward to it.​