Recap: The Mediator recalls joining the Wild Rose Society. She discovers Y has been harboring a secret, but soon finds the rest of the Society has much bigger skeletons in their closets.

Jel’s Thoughts: The final episode of Humanity Has Declined delivered it’s most terrifying and yet most uplifting story to date, somehow eeking a genuine smile out of our perpetually apathetic heroine and giving us just the slightest sliver of hope to cling to.

Last week I talked about how this arc was bringing the story close to home and this episode sure delivered. There’s no hiding behind flowery metaphors or clever satire, the author literally exposes us humans as the petty, obsessive, and outright insane creatures we can be. I think Curly’s scene with the doll far surpassed Loaf Chan as the series most disturbing moment, and the other girls secrets certainly do not paint humanity in a favorable light.

Rather than a scathing indictment however, the episode as a whole is a non-judgemental acceptance of our flaws. The girls still manage to get along, and the relationship between the Mediator and Y offers us some consolation that it’s still possible to be close with people and make friends. Sometimes you just have to grab the least crazy person in the room and try not to let them go. Combined with the Mediator’s reunion with her “robot” companion, it made for a surprisingly positive ending to a flawed but fascinating series. 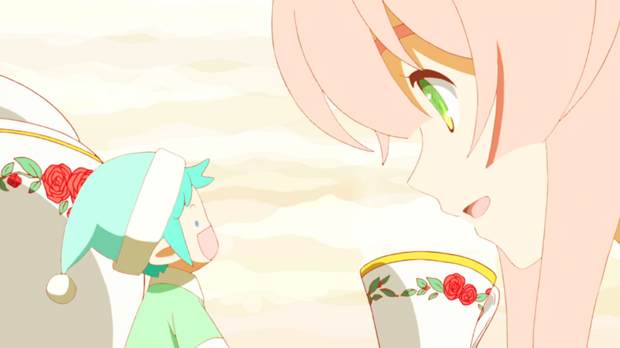 Final Impressions: At the very least you have to give credit to Humanity Has Declined for being completely different than anything else. I don’t think anyone anticipated a flurry of exploding bloody bread and sentient chicken corpses when the show made its unheralded debut. But it takes more than creativity to make a truly great series, and unfortunately the show meanders too much in the author’s self indulgence to be more than an entertaining, thought provoking watch.

That might be fine for some shows, but Humanity is frustrating because when it stays focused, it’s brilliant. The first two episodes in particular thrill you with twisted fairy tale imagery and blunt force satire, an anime on a mission to call out society on its self destructive nature. Going into episode 3 I really believed we had and Anime of the Year contender on our hands.

But then things got… weird. Forays into Boys Love manga, space exploration, and one of the most boring time loops of all time completely bogged down the show’s sense of purpose. The stories are still entertaining, but they lack the bite of the first and last arcs. Humanity also has an odd sense of time, moving further and further back through the Mediator’s career. This creates some interesting reveals early on, but after awhile you just want to see her solving problems in all her deliciously cynical glory, not so much how she got there.

The Mediator herself does a great deal to help make the writer’s creative rambling fun to watch. I don’t have to say how rare it is to have a female character defined by her intelligence and wit more than her sex appeal, but I think it’s worth mentioning. Her deadpan apathy is tempered well by her enthusiasm for working with the fairies, making her likable but still realistic. She really makes a great window for the audience to peek into this bizarre, unsettling vision of our future. 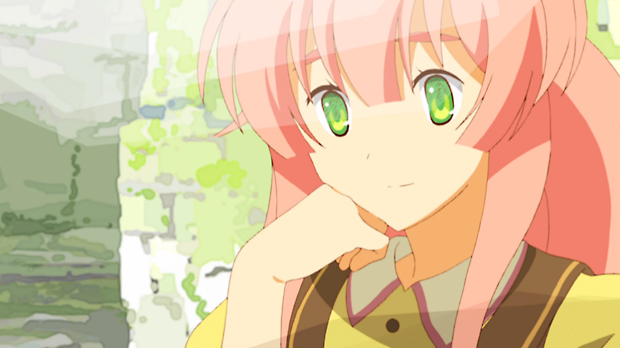 Given the Mediator’s cynicism and the general setting of the show, it can be easy to see Humanity as a downer, pointing out to us how much we all suck. But I take the show’s message more as a cautionary tale, offering the Mediator’s relationships with the fairies as a small bit of hope. The fairies are successful because they embody some of the best qualities of humanity: creativity, ingenuity, curiosity, imagination. Compare that to the worst we see throughout the series: impotent bureaucrats, vapid fandoms, psychotic teenagers, and even the Fairies themselves when they’re tainted by human reasoning. So long as we have people like the Mediator who still appreciate those good things, that still believe in fairies so to speak, maybe we can we can figure out how to live with our bad sides. Maybe humanity will hang in there just a little bit longer.

I’m sure other people will interpret Humanity’s message differently, but that’s what I’m taking away from it. It certainly appeals to me a lot more than the usual Power of Friendship! or Just Be Yourself! themes that drive a lot of other series. It’s just too bad Humanity doesn’t deliver that message as clear as it could have.