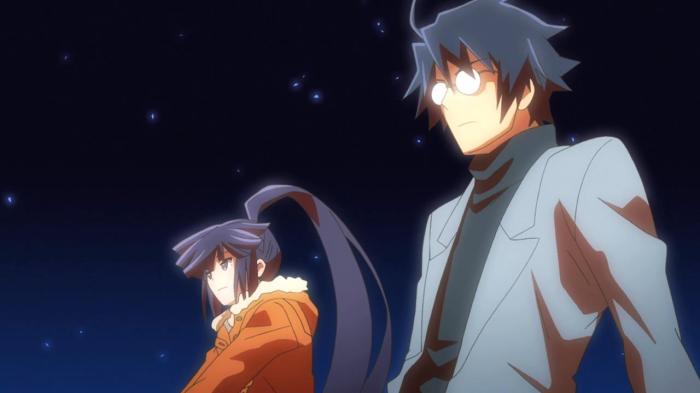 Shirobako cements its place as The Roundup’s sleeper hit as Marlin gives it a second chance. Unfortunately most of the the other shows continue to flounder as Yona fights pacing issues, Argevollen stays irrelevant, and I am one blue hedgehog away from dropping SeHa Girls.

The Roundup is a weekly guide to all the “other” shows we’re watching this season. Check out our full, weekly coverage of:

Marlin: Yona‘s pacing continues to be a bit of a problem. This almost felt like the end of an episode at the beginning. It also seems kinda late to try and engender us to any of these characters. Doesn’t matter if they do actually care about Yona, they’re still both assholes. I suppose Soo-won didn’t ask to be forgiven for his actions, but I feel like any thoughts he made this episode could be pretty well inferred by his actions in the first few. It would be interesting to hear a bit more about the political intrigue between Kouka and its neighbors, since it seems to be a big drive of Soo-won’s character. I’m also getting a bit tired at how invincible Hak is. I can take that he’s stronger than your average man, but now he’s been shot with an arrow, slashed across the chest, and fell hundreds of feet. Somewhere along the line you are going way beyond suspension of disbelief. Still, we at least saw Yona become much more proactive as she defended Hak’s life with her own hands. The show is also really starting to show its Shoujo roots, as every boy we meet is some type of bishie. I know that this is something we’ve known from the OP, but never did it feel so jarring until the introduction of the bumbling priest. I’m still with this show, but it is definitely not great.

Jel: Jumping into a modern game like Border Break presents a change of pace for the series but it also completely eliminates SeHa Girls’ nostalgic charm – pretty much the only thing this show has going for it. If I cared more I’d say it was fun having Mega Drive actually be better at something than Dreamcast, but I don’t. Honestly I was about to drop this like a faceless henchman telling a bad joke until Sonic showed up, which was just enough to pique my interest for another episode. It’s kind of interesting seeing such an iconic character that has been depicted in so many ways over the years go back to his roots as a mute video game character and nothing more. Whether or not that will be enough to redeem SeHa Girls seems unlikely at this point, but at least I’ll stick around to find out. 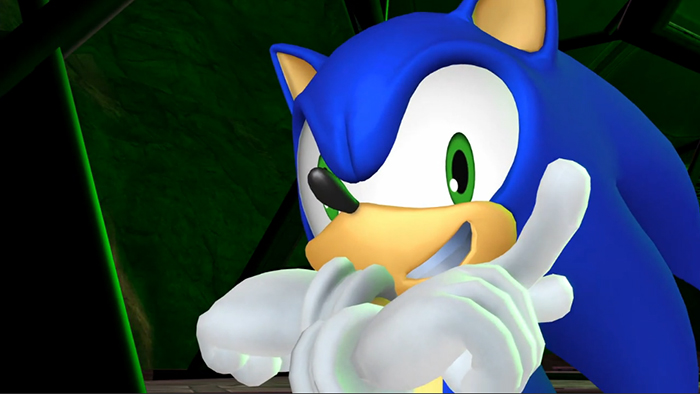 Gee: This episode was almost entirely worthless from a narrative standpoint. Tokimune wakes up. More conniving businessmen. Sanmonji still feels guilty and conflicted. They find out that Argevollen is based on the same experiments Tokimune’s sister died in. I could’ve sworn this was already common knowledge but apparently not. Absolutely nothing about the characters change from the first minute to the last. The only real development of note is the reveal that Argevollen and the Sturm Alpha’s battles have been the result of data gathering to develop a third new prototype to surpass both of them. With Sanmonji being offered to join the bad guys, even if it’s patently obvious that won’t happen, I suppose we’re finally facing the true endgame of Argevollen.

Aquagaze: After last week’s little adventure with Alfonso and Rafael, Garo returns to the royal capital for Germán and León’s continued struggle against the Inquisition’s Horrors. In the mysterious Black Knight, the show seems to be setting up an arc villain of sorts, as his mysterious plans to gradually replace the city’s garrison with powerful parasitic Horrors is the direct cause of this episode’s monster of the week — a father whose grief gave birth to a rather uncannily Lovecraftian atrocity. Germán’s on the case, while León broods around town and meets up with Ema, who subjects him to some amusing, and oddly profound discussions regarding his father’s favourite… uhm, pastime. In what seems to be a bit of a recurring motive for the series, this episode once again ends with a child losing everything dear to them and for all the good they do, I’d love to see the Luís family take some responsibility for the trail of tragedy they leave behind. Nevertheless, the terrifying and relatively gimmick-free way the Horrors work is more at home in The Carved Seal of Flames‘ gritty medieval setting than it’s ever been, making this episode another addition to the show’s strong streak of monster-of-the-week episodes. Iro: This week’s Log Horizon felt almost like two different episodes. Most of it is chiefly about Akatsuki’s experience after being killed last week, wherein she meets Shiroe in some sort of dreamlike beach-afterlife and contemplates her own weaknesses, again. The rest basically amounts to an infodump explaining that game flavor text is starting to affect reality, and although it’s clearly tying into the murderer’s mysterious katana, it just feels like such a separate issue from Akatsuki’s conflict that it’s a bit jarring. Also, while I’m all for Crusty’s smarmy ass getting vaporized, it all happens so suddenly that it’s laughable, and making it the big episode ending cliffhanger is a bit underwhelming. On the bright side, it looks like all of the screentime-starved ladies left behind in Akiba are going to be teaming up for some crazy plan to take out the murderer, so I’m hoping that’ll be enjoyable.

Aquagaze: Psycho-Pass 2 continues to paddle about merrily in the waters on the other end of the shark, but this episode was already a significant step up from last week’s cluttered mess. With some tight action and focused storytelling, Akane gets the time to shine again, dusting off the action heroine skills she gained after season 1 and being the all-loving badass we all know and love. I may have decried Kirito Kamui’s convoluted plot to make random citizens playing a video game actually control actual drones shooting actual people as rather ridiculous, but this episode actually makes a pretty good case for the how and why. Kamui’s plot consists of little more than screwing over the system, by making people with clear Psycho-Passes accidentally kill people, rigging Dominators and giving Inspectors a taste of their own medicine, but the question remains what the bloody point of it all is. Add in his skeevy brainwashing of Shisui (“If I can be useful to you, please use my body as you please”, yuck) and a penchant for senseless slaughter that would make Makishima blush, and Kamui remains not the most endearing of antagonists. In fact, the more interesting conflict takes place back at home base, where Saiga suggests revealing what they have truly been doing to the innocent gamers in order to stop the massacre. None of the latent criminals in the room seem to mind the fact that this’d obviously cause quite a number of citizens to join their ranks, but when Mika is the voice of reason of the bunch, you get to wondering if the writers didn’t quite think this true. I know they’re latent criminals and all, but are you honestly telling me Yayoi or even Saiga himself wouldn’t realize what an utterly ridiculous idea this is? You’re not gonna make Mika sympathetic by making everyone around her an idiot, Psycho-Pass. Or do you only think so because the sheer idiocy of most anime makes you look so much smarter? Aquagaze: So when is Takanashi going to get his pathetic ass fired? Seriously, that guy is just the worst kind of asshole: completely incompetent and refusing to even acknowledge it. How the hell he still has a job is beyond me. Luckily, Aoi’s still there to fix his mess with some grade-A accidental troubleshooting, causing the two vitriolic animators to bond over their shared love for old mecha shows. This, combined with the continued, interesting discussion about hand-drawn vs. CGI animation makes for another strong episode of this sleeper hit. The end of this little arc should allow Shirobako to put one of the other girls in the spotlight starting next episode, though I’m not entirely against the multiple perspective approach taken by this one. Sadly enough, the writer of the bunch, Midori, seems to be the writing staff’s unfavourite, even if it’s her perspective I’m most interested in. She’ll pop up next episode, so here’s hoping we’ll get to see some thinly veiled jabs at anime writing at least. And more racing, of course. Can’t have Shirobako without some really shoddy-looking CGI racing.

Gee: As an artist, Shirobako hits all the right points this week for me. With both CG and hand-drawn having their specific strengths and talents, it’s the understanding between two different crafts that is such an important aspect of the industry. Old artists need to learn new tricks to stay relevant in a constantly evolving industry. Inversely, New artists need to look at how things were done in the past to better understand how to translate them into the new medium. It was extremely gratifying to see CG artists admit that you need to know the traditional principles of animation to be a good CG artist. As an artist that straddles hand drawn and CG in his own work, it’s a lesson I constantly strive to remind myself, even as technology changes everything. This and last week’s episodes of Shirobako have been a shining example of how to portray the intense focus and technicality of something like animation production while still preserving the human element that makes a slice-of-life story like this so interesting. It’s the reminder that these people aren’t just professionals, but human beings with their own dreams, goals, and methodologies. And most importantly, even between different crafts, artists can learn from each other. Shirobako started off with some potentially worrying teething issues, but with this mini-arc, it’s prove it has the nuance and understanding of animation, artists, and the industry itself to craft something interesting and relatable.

Marlin: Just poppin’ in to say, on the encouragement of Aqua and Gee, I went back into Shirobako, and actually have enjoyed the past few episodes. The overly technical third episode really turned me off, but these last two have been a good way of keeping the laser focus on the nitty gritty of animation production while still making it entertaining to watch.