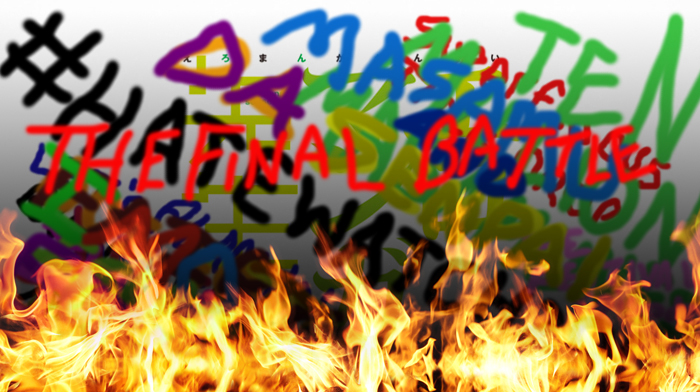 Thus ends the most disgusting bit of television ever to tarnish Japan’s already soiled reputation for pedophilic, backwards, wish fulfillment garbage. I feel like I could hardly have made a worse sequence of events if I tried. Not only does the main character get the wish fulfillment of every girl desiring him, but this episode even adds in an unhealthy dose of sexual assault, because apparently the main character doesn’t just need to be desired but also lusted after insatiably. I know this is perhaps a small thing to get hung up on, but the central conceit of the final part is a complete plot hole, as Sagiri apparently didn’t notice where the dick was even though she clearly read all the way through the one dojinshi rando bookstore girl gave him that started that sad excuse for a plot thread in the first place.

The sick thing is that, for a brief moment, I kinda thought it was funny that they brought back her and Megumi even though for all intents and purposes they seemed to have dropped off the face of the planet, only to degrade book girl with a half assed confession scene and have Megumi pretend she was having an illegal relationship with a 20 something. It’s funny, it’s almost like that’s about this show’s prime demographic. In the end, the main girls leave and the “big emotional stinger” just amounts to Sagiri looking out a window. Whoopty freakin’ doo. Burn it all down.

Boethius tells us that even our misfortunes can be opportunities for us to grow in virtue, and thus are actually good for us on a deeper level. It’s my sincere hope that my time going through this abyss of garbage might profit me in prudence and fortitude. I’m not sure it was worth the cost.

See you next time, hate cowboy. Or maybe not. That much terrible is gonna be hard to top.

​I suppose its fitting they really emptied the tank for the last episode. Left it all out on the field, like real champions do. I almost don’t have anything to say as the entire finale is pure fan service. Most episodes at least have a semblance of plot to set up whatever fantasy of the week they’re selling, but this was just a parade of watching and listening to the girls in sexually charged situations. Oh, and we got one last side character confession in case there was any doubt that every female cast member wanted in Masamune’s pants. I’m pretty sure anyone that would prefer this to just straight porn has some really deep emotional and self esteem issues that need to be addressed soon.

Needless to say, I am relieved #HATEWATCH can probably be retired as we may never see this exact combination of pedophilia and narcissim ever again. Unfortunately I’m also disturbed by what this tells us about anime fandom even now in 2017. We’ve certainly been making progress and I suppose it’s fair to say there will always be a market for this kind of thing, but I guess I’ve been naively hoping these shows would get more and more niche.

Instead, Eromanga-sensei seems to be quite popular despite being bad enough to make me long for the quality level of it’s predecessor, which no one apparently learned from. Gah, I told myself I wasn’t going to waste my time on taking this trash seriously so let’s wrap this up: Eromanga-sensei is one of the worst series I’ve ever watched in nearly 30 years of watching anime. Other shows are worse in specific areas but I’m hard pressed to think of anything that matches this total package. Burn it with fire, and good riddance.