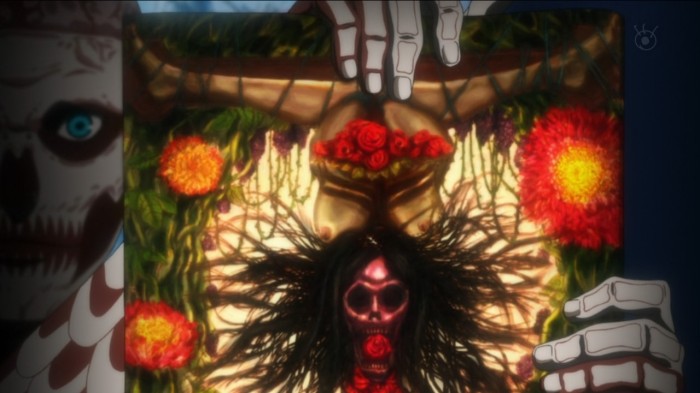 Recap: The Public Safety Bureau tracks down the culprit behind the human sculptures, but Makishima remains one step ahead.

Iro’s Thoughts:
Psycho-Pass continues to be a pretty straightforward police procedural, with large bits of Urobuchi-style philosophy injected in every now and then. They really try to hammer in that society has stagnated because of the Sibyl System – people are perhaps safer in the long run, but life isn’t as worth living as it was when there was sleaze and shadow. There aren’t even archives of some of mankind’s darker work, the system trying to purge everything that might adversely affect the psyche. Again, a very straightforward sort of concept for this type of dystopia show, and probably not what a lot of viewers wanted.

Despite being explicitly taken off the case, Kogami drags Akane along on his own investigating, including visiting the prison where all the creepiest and messed up criminals are – they get a solid lead on the culprit and crash the school. I didn’t really mention this back when it first happened, but the holosuits that the police wear while on investigation are amusing. Apparently, walking around as regular dudes would just be mentally scarring for the general populace, but very obviously broadcasting exactly who is police doesn’t seem like the best idea.

Anyway, Makishima decides he’s tired of messing with Rikako, sending a weird hunter guy and his robot dogs?? to take her out, narrating the whole sequence with lines from Titus Andronicus. Only four episodes remain, so I assume some shit is about to go down. Hopefully we’ll get some answers to a few of the lingering questions. 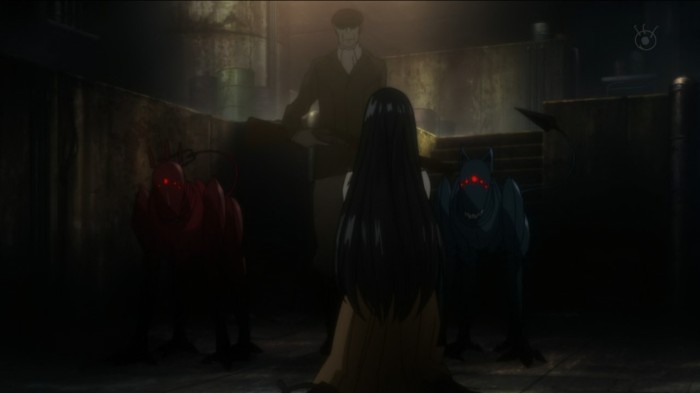