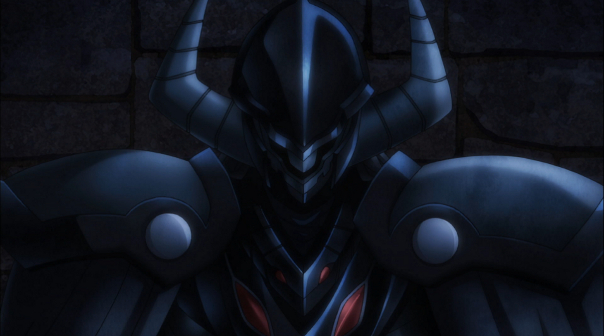 Recap: 3 months have passed since the beginning of the farming experiment and 6 since the Demon King first came to the Winter County. The Hero and Demon King take a trip to visit the church at the Lake County. When they arrive they find that Female Knight is the one running the show. She tells the hero the story that their old party had been given and how The Mage ventured into demon lands to look for him.

The Demon King reveals her secret weapon, her plan to feed the hungry involves more than crop rotations. She gives the church the gift of potatoes in return for having the church open office in the Winter County for the sake of spreading education. The Female Knight agrees to come in person and oversee the education of people there personally. After the deal has concluded The Hero leaves to look for the Mage. The Demon King gives him some magic demon armor and sends him on his way. 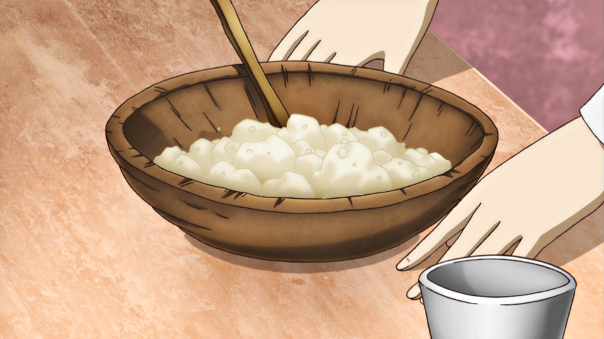 Potatoes: The answer to world peace.

Lifesong’s Thoughts: Potatoes! The magic crop! I am very much amused by how this simple logic applies so sensibly to this story. All the generic RPG fantasy names are hilarious. Even the countries and religion are taken from generic RPG stock. That is, of course, entirely the point and plays hand in hand with the theme of this fantasy.

I really appreciate this type of fantasy, where swords and magic are present but are put aside for other things. The way that potatoes are used as trump card against starvation while the invention of a compass is used to motivate the merchants guild in the Demon King’s favor manages to weave a delicate balance of depth and intrigue without brandishing any tools of war. Also, the irony of hearing the Demon King call the merchants monsters of self-interest is not lost on me.

The true monster of this fantasy.

Sadly the animation quality slipped a bit this episode. It’s one thing when in-between shots have bad eyes or awkward faces, but it’s another entirely when those happen in still shots. I caught the Demon King with badly drawn art for several of her nonspeaking appearances. I wasn’t supposed to look her way perhaps but that doesn’t change the laziness of the artwork. The CGI background people look awkward as well. They show up a decent amount in this episode and while I give them a pass it’s a pass that just barely fits inside the margin of ugly I am willing to tolerate. It’s a shame to see the artwork slacking so much, I like this artwork when it’s not lazily drawn and cluttered with ugly CGI. I can’t believe I find myself saying this about an anime, but perhaps in this case, less would be more?

On a more positive note, Sawashiro delivered a wonderful performance as The Female Knight. Putting the animation aside, the dialog between the Demon King, the Hero and the Female Knight was the real highlight of this episode. Never before have I been so intrigued by the value of potatoes. The Female Knight clearly has deep seated respect for the Hero if not outright adoration. It will be interesting to see how the personality dynamics play out once the Hero’s party is reunited. My fear of finding this fairy tale’s formula drawn out has been replaced. Now I have a fear of harem antics.

The relationship between the Demon King and the Hero seems to be at a standstill but I am sure the Head Maid with the power and logic of 2chan at her disposal will find a way to keep the demon king from running out of ideas to seduce the Hero. The two make an awkward couple but they are also quite cute. There is an argument to be made for how this relationship is forced, but the political marriage angle is one I find intriguing personally. It is not as though there is no affection between the two. I look forward to seeing how the develop in coming episodes.

Next week it seems like it is time to recruit the Mage. The Hero hasn’t done much yet, as much as I like all this talk of potatoes and crop rotations it will be a neat change of pace to see the Hero do something. Personally I hope that he finds the Demon Lands are not at all what he expects them to be. I suppose we will find out next week when the gathering of the party continues!