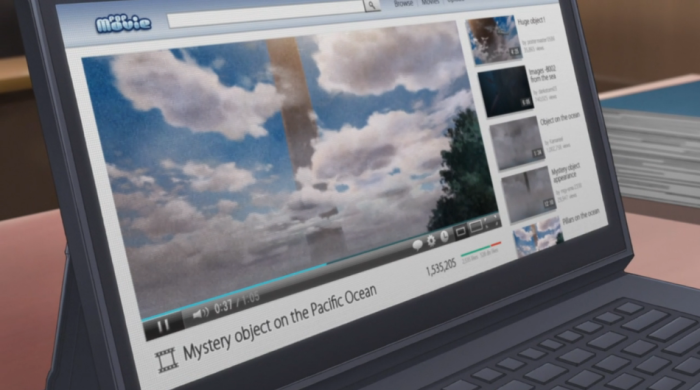 Recap: Yes, Aika is the Mage of Exodus. With this information out in the open Hakaze tells all. Despite the brandished swords of the end of last episode, Aika takes it all a little too well, deciding the only way to make things work is to create her death herself. Unable to let such a tragedy occur, Hakaze attempts to kill Aika herself in a mix of rage and sorrow.

It seemed to me difficult to believe Blast of Tempest would be able to finish its story before the end of a 24 episode run. With the manga just ending in a few weeks and so many questions brought up, I thought it would be difficult. Leave it to Tempest to prove me wrong, giving us an episode that was as much an infodump without feeling like we were being lectured to. Aika’s reveal was one long predicted, it really was the only thing that made sense. What I wasn’t expecting was for her to be so rational about everything. 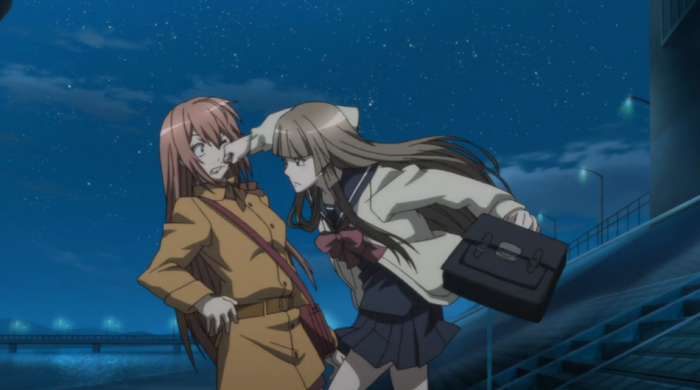 Few people would have the fortitude to face one’s death, but the way we’ve seen Aika’s character and the little more we learn about her this episode, there really would be no other person that could deal with it so well. We’ve always known Aika was cold and calculating. Even contemplating her own death, she does it with a sense of detachment that has marked her character since the very beginning.  This is also where Kana Hanazawa’s portrayal of this character just really hit all the right points. I really believe no other actor could have captured the haughty tone of Aika the way she has, and it was an absolute treat to see on display this episode. In the end, the conclusion she draws is logical, and incredibly tragic. Hakaze came back in time to find out the reason for Aika’s death, only to find the very fact that she knew she was going to die was the reason she would.

Just as I thought the writers of this show pulled a bait and switch on me, and the brandished weapons from last episode would give way to cool heads and rational conversation, they got me again. It’s an interesting logic that Hakaze has in attacking her. If she is responsible for her death, at least Mahiro and Yoshino would have an object of revenge, but the way things are now both boys would simply have to deal with the loss without any outlet for their frustration. Forgiving some dodgy stills in the beginning of the episode, this fight scene was masterfully choreographed. Ironically, though Hakaze is supposed to be the Dancing Princess, Aika’s moves were even more graceful, flowing with style and elegance that really brought great life to the scene.

Things have come full circle. Showing the true power of Exodus, Aika easily wipes out any resistance Hakaze throws at her, and goes on to meet her fate. Aika is dead, and the truth of the tree’s evil have come to surface. Finally we can understand exactly why this show has always had the subtitle “The Civilization Blaster”. Full in the knowledge of what she must do, it seems we’ll finally have a united front on the fight against the tree. With a tree reaching into the stratosphere now lingering over the world, it would seem a doomsday clock of sorts has made itself known. With their powers combined, it would seem nothing can stop them from defeating the tree now. However, the contents of Aika’s letter are still unknown, and who knows what effect it will have on our two boys.